Home / WORLD / ‘Any time they want’: If Biden wins, Democrats themselves could oust him at whim, Trump’s lawyer Giuliani tells RT

‘Any time they want’: If Biden wins, Democrats themselves could oust him at whim, Trump’s lawyer Giuliani tells RT 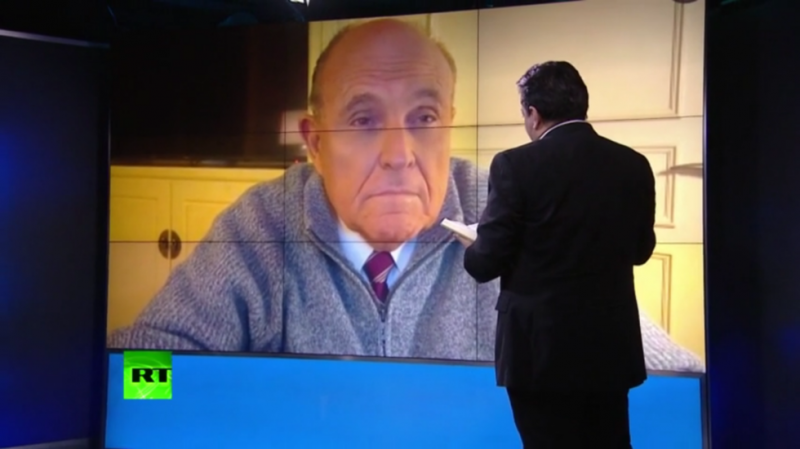 “The Democrat Party has plans for Joe Biden. There is no question. There are two major things they can take him out of office any time they want,” Giuliani told RT’s Going Underground.

One way the party leadership could have a President Biden forced to retire is on the grounds that “he suffers from dementia,” Giuliani said.

Giuliani was referring to the Democratic House Speaker’s recent move to establish a commission that would decide whether the president in power is mentally fit for the office. She said the work was not designed to target Trump, as he would be ousted at the ballot box. This sparked speculation among the president’s supporters that the Democrats had hatched a contingency plan to force a transfer of power to Kamala Harris, in case Biden wins.

Alternatively, the Democrats could use the very information about alleged corruption involving Biden’s son Hunter, which supporters of the Democratic candidate currently dismiss as disinformation. The US media and tech giants have been accused of trying to suppress the story. Giuliani played a key part in promoting the allegations, which are based on thousands of photos and emails allegedly belonging to Hunter Biden.

One of the most vocal supporters of the incumbent president, Giuliani accused powerful critics of Trump of colluding to prevent his reelection and to put a “deeply compromised” Biden in office. Those include the “maniacally anti-Trump” media, big tech companies acting to censor information harmful for Biden, and the Democratic Party, which Giuliani claims is in the pocket of Silicon Valley.

“They don’t do any censorship to favor Trump. The censorship is against Trump and to elect the guy they control, Joe Biden,” he said.

According to Trump’s lawyer, one example of the bias is in how differently the media and tech companies like Twitter and Facebook treated the Hunter Biden leak and the story of Trump’s leaked tax returns. Giuliani compared both sets of data, pointing out that only the one harmful to Biden was suppressed.

“When you deprive the American people of critical information about a presidential election, you are really not a journalist, you are some kind of a political hack,” Giuliani said.