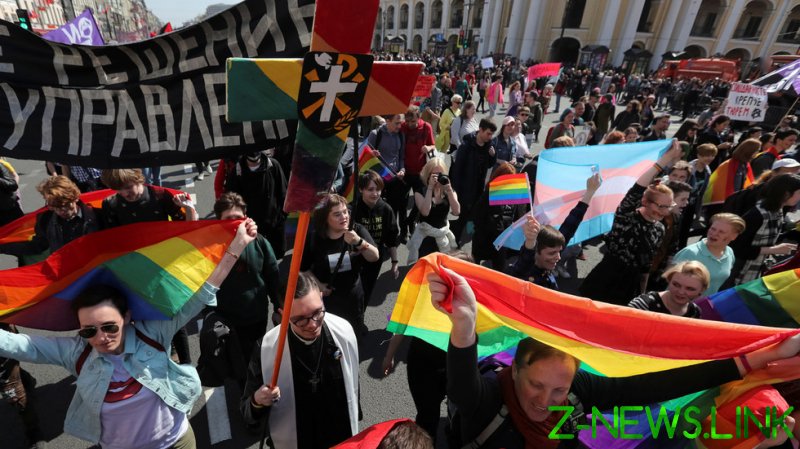 Speaking to Moscow daily Vedomosti, Igor Ashmanov, who sits on the country’s Human Rights Council, revealed that he had developed a “catalog” which he described as similar to the online Wikipedia tool.

According to Ashmanov, this project would highlight topics that won’t be banned “any time soon” but could have what he believes is a negative effect on people.

“Creating a registry of toxic content is a way to do something about this grey area,” he claimed.

According to Vedomosti, Ashmanov believes the register should include information about violence, the dangers of vaccinations, radical feminism, and ‘childfree’ lifestyles, as well as the promotion of LGBT and bestiality. The content will be labeled according to the degree of toxicity, from completely banned to simply undesirable, it was explained.

Many of the so-called ‘toxic’ beliefs proposed by Ashmanov are under attack from multiple directions, including federal agencies. Last month, an official from the country’s media regulator suggested that many of them be designated as “extremist” by the government.

“We need to expand the rights of law enforcers. We have repeatedly suggested this. All kinds of these ideologies – LGBT, radical feminism, furries, childfree – should be recognized as extremism to untie the hands of our law enforcers,” Andrey Tsyganov said.

Ashmanov’s ‘toxic content’ catalog proposal will be put to President Vladimir Putin at the next meeting of the Human Rights Council, Ashmanov revealed, noting that he has already discussed the idea with the council’s chairman Valery Fadeev.

“Censorship is forbidden in Russia, and any interference with content causes public tension,” Fadeev said, according to Vedomosti. “There are extreme cases, such as Nazism and extremism, and laws prohibit such content. And there’s also content that isn’t directly banned. Ashmanov’s idea is that society itself regulates these borderline situations.”

Any agreement on using a register of ‘toxic content’ would have to be agreed on with social networks and internet service providers, Ashmanov revealed.