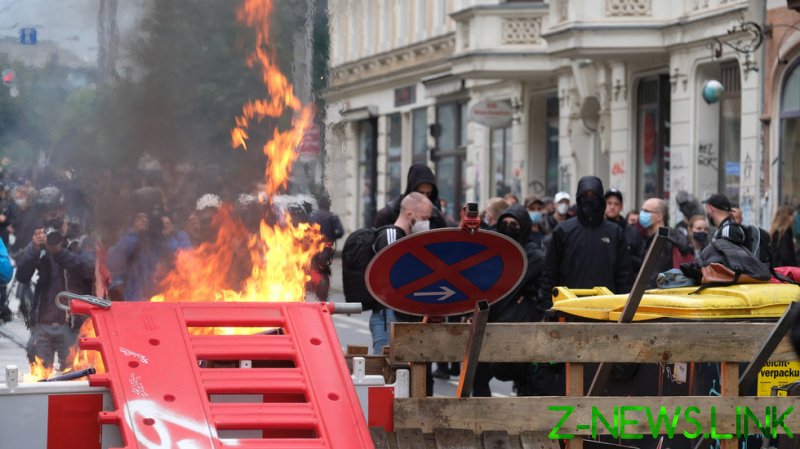 The activists from Schwarzer Block (Black Bloc) and other left-wing groups carried lit flares as they marched to a police headquarters.

The building was then pelted with firecrackers and paint bombs that left red stains on the walls, as well as with other objects. At least one window at the HQ was damaged, according to a Deutsche Presse-Agentur reporter. 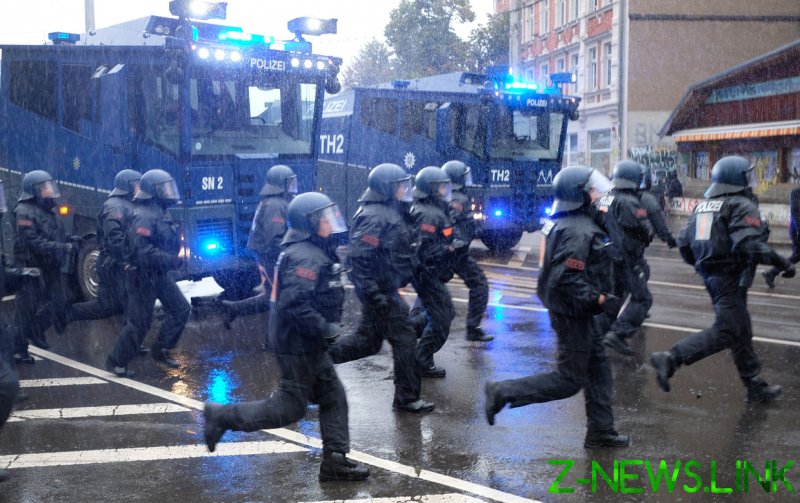 Water cannon were used against the rioters and at least one suspect was detained, police said.

A police helicopter was cruising over the city when protesters erected several barricades and set them on fire. The barricades were later dismantled by police.

Bild newspaper said protesters threw stones at the offices of Commerzbank and Deutsche Bundesbank, as well as at an apartment complex and a fast food restaurant.

Media reports said 5,000 people participated in the march, while police reported that 3,000 were involved in the procession. 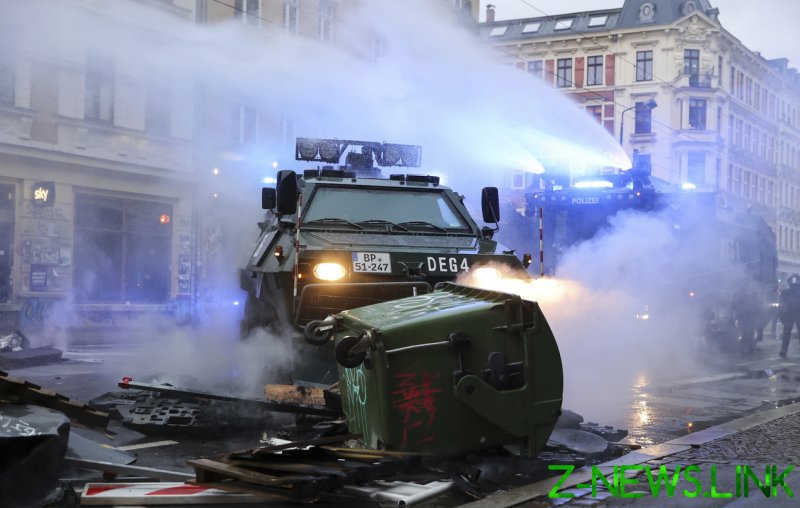 Left-wing activists are demanding the release of a 26-year-old Leipzig student, known as Lina E., who, along with three other defendants stands trial in Dresden. The group is accused of attacking several people with ties to the right-wing scene between 2018 and 2020.