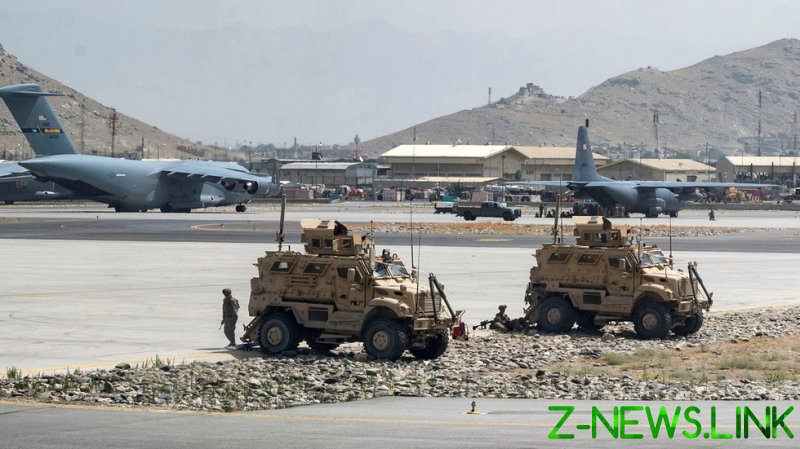 When the US finishes its exit from the country after 20 years, it will be leaving behind valuable, untapped mineral deposits worth a $1 trillion, according to US military officials and geologists in 2010.

Minerals such as iron, copper, gold and lithium are found in huge quantities there, and have remained mostly untouched due to the unstable state of the nation, something that doesn’t look to be changing as the US continues its chaotic exit from the country amid a Taliban takeover.

“Afghanistan is certainly one of the regions richest in traditional precious metals, but also the metals [needed] for the emerging economy of the 21st century,” Rod Schoonover, a scientist and security expert who founded the Ecological Futures Group, told the outlet about the deposits.

The argument is resources like lithium are rare and heavily used in renewable batteries and electric car production. CNN reporter Julia Horowitz briefly floated the idea that countries like China may find a way to negotiate with the Taliban for these resources, but acknowledged this was highly unlikely considering the continued security and stability risks in the country.

The piece and its brash headline were quickly torn to pieces on social media, instigating accusations that the network was essentially making an argument for a continued military presence – or even reinvasion – of a country the US has occupied for two decades. All in the name of taking resources the network claims “we desperately need.”

“Ok, Ok, let me think. Yes. Batteries. We need to liberate the oppressed lithium for our rechargeable batteries… Would no one think of the poor tech [companies]?” activist Asfandyar Bhittani commented.

“Call me cynical but it’s *almost* as if CNN are trying to justify an invasion and exploitation of Afghanistan to extract said rare minerals. Because, you know, that worked well last time,” pundit Kevin Creagh added.

President Joe Biden’s withdrawal effort from Afghanistan has come under heavy scrutiny from both sides of the political aisle, with many accusing the administration of moving forward without a proper plan in place to evacuate American citizens and military allies amid the Taliban takeover.

Biden claimed in an interview this week that US troops will remain in the capital city of Kabul until all Americans who want to escape can do so. He admitted, however, there has been “more difficulty” with the Taliban in evacuating those “who helped us” in the military conflict there.