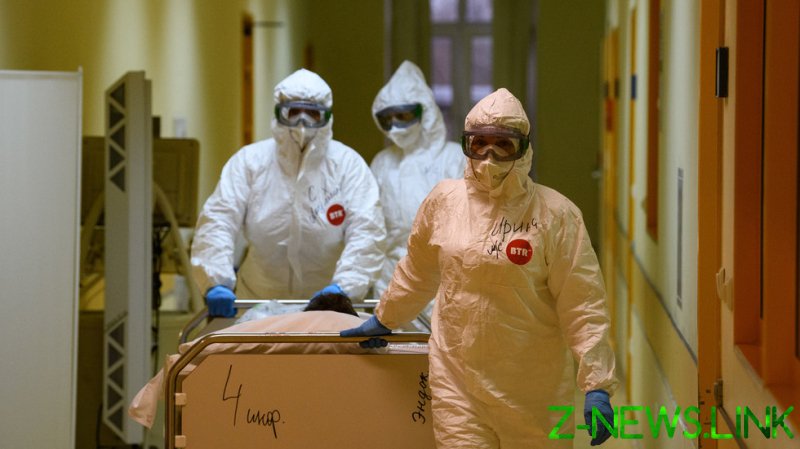 Earlier this week, leading doctors from 11 facilities, nationwide, wrote an open letter inviting several prominent Russian skeptics of the reality of the pandemic to visit so-called ‘red zones’ – wards for patients with severe symptoms. They wanted those downplaying the severity of the current crisis to see the situation for themselves.

While some of those targeted rejected or ignored the appeal – with, for instance, Communist Party leader Gennady Zyuganov pointedly stating that he was not opposed to vaccination – a group of nine took up the offer to tour Moscow’s Hospital №15. One of them, YouTuber Anton Tarasov, insisted to reporters before the visit that the coronavirus was not contagious, and people were actually contracting pneumonia from “the chemicals sprayed on the streets of Moscow” and from 5G antennae.

The tour was derailed almost immediately, however, when the anti-vaxxers refused to take a quick PCR test, arguing that they might get “infected” by the doctors administering it. Some of them also declined to wear a mask and other protective gear, insisting that, by strolling around the red zone with no protection, they would prove that Covid-19 was not dangerous.

A heated argument ensued, with the skeptics shouting at the staff. A particularly aggressive visitor in a black ski mask was escorted outside by police.

Chief physician Valery Vechorko lamented that what had been planned as an educational event had descended into “a circus.”

“We have strict rules. If someone declines to continue our meeting in accordance with these rules, we’ll end [the event] right now,” Vechorko said.

Of the nine visitors, three ultimately chose to get tested and abide by the health protocols, so were allowed to talk to patients being treated in the ICU. They still seemed unmoved, however, despite hearing first-hand that these patients had been unvaccinated before becoming seriously ill. “My attitude hasn’t changed one bit,” one activist told the media.

A similar tour had been planned at the Botkin Hospital in St. Petersburg, but no would-be participants showed up. “My only goal is to make sure fewer people die. Today, we can only achieve that through vaccination,” the hospital’s chief doctor Denis Gusev said.

Russian authorities have been trying to boost immunization uptake, as only some 37% of citizens are currently fully vaccinated.