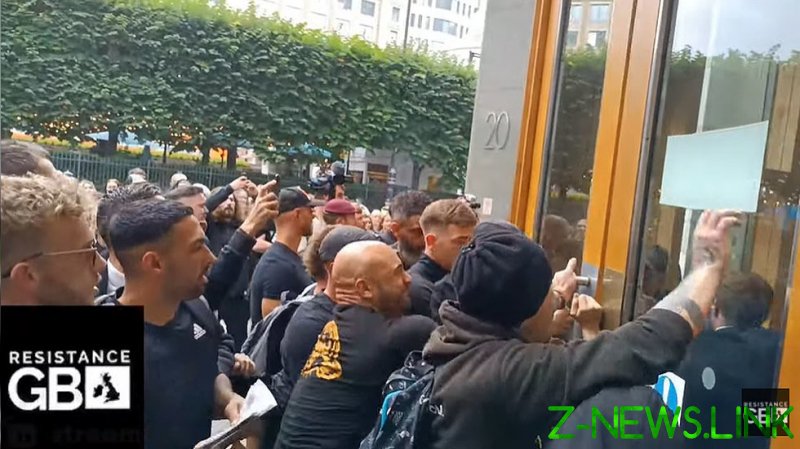 London’s Metropolitan Police force confirmed that a group of protesters attempted to breach the building that serves as the drug regulator’s headquarters but were thwarted by officers and security guards who are now standing guard outside.

Police were reportedly able to quickly respond to the attempt to storm the MHRA’s office building as they were already in the area to halt an Extinction Rebellion protest earlier in the day, according to UK media.

It is not yet known if anyone was injured or detained in the clashes with police. The protest was taking place ahead of an expected decision by the UK’s Joint Committee on Vaccination and Immunisation (JCVI) on expanding Covid vaccinations for 12- to 15-year-olds. While the JCVI’s decision is advisory, the UK government has followed its guidance on the Covid vaccine rollout.

The UK government has already stated that it’s prepared to begin vaccinating the age group, in line with other European nations, as soon as possible, with school-age children set to return to classrooms in the coming weeks.

The demonstration at the MHRA’s Canary Wharf office comes after similar protests elsewhere in London. On August 23, anti-vax activists gathered outside the office of tech giant Google to accuse the company of seeking to suppress those who are critical of Covid vaccines and restrictions imposed during the pandemic. Similarly, activists stormed the offices of ITN productions, which is behind news channels ITV, Channel 4 and Channel 5, to oppose the media’s coverage of the Covid pandemic for, in the protestors’ view, failing to hold the government to account.

The MHRA, an independent drug regulatory body, is responsible for authorising the development of vaccines, clinical trials of potential new medicines and managing the supplies of vaccines and other medical items. Throughout the pandemic, it has worked closely with the UK government and medical providers, including the NHS, to coordinate the response to the Covid crisis.