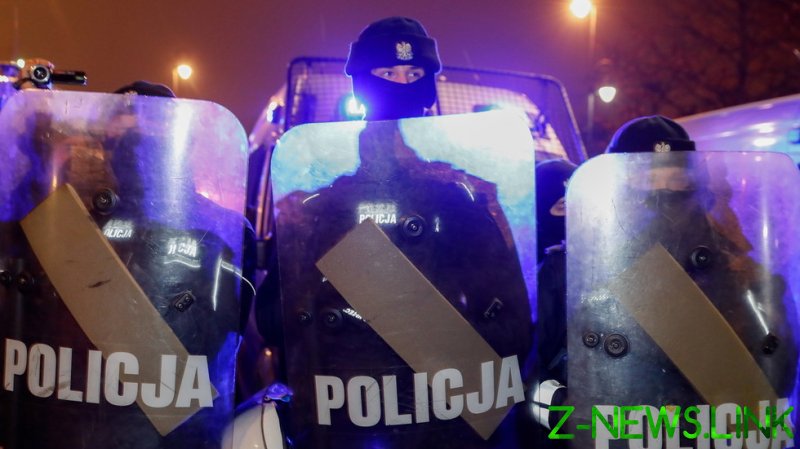 The two men were arrested in November 2019, the day before a large nationalist march in Warsaw. Police seized guns, drugs, explosives and chemicals, and an investigation began. At the time of their arrest, the men were already under investigation for alleged involvement in a 2012 plot by a Polish academic – dubbed “Poland’s Breivik” after Norwegian far-right terrorist Anders Behring Breivik – to blow up parliament buildings.

State prosecutors charged the men on Monday with preparing explosives that they say “threatened the life and health of many people.” A government spokesman told Onet that the men targeted “a specific religious object of the Islamic community,” believed to be a mosque.

The spokesman added that the conspirators also planned to “spread poisonous substances to certain people,” in a campaign aimed at preventing the “Islamization” of Poland. A third man is also charged with possessing chemical precursors to explosives.

Like Breivik in Norway and mosque shooter Brenton Tarrant in New Zealand, one of the would-be attackers prepared a manifesto that prosecutors say “incited hatred on the basis of ethnic and religious differences.”

The two bomb plotters face up to 10 years in prison if convicted, while the third man faces two years behind bars for possessing illegal chemicals.

Poland is a staunchly Catholic country, where Muslims make up around 0.1 percent of the population. Warsaw’s two mosques have both been targeted by vandals in recent years, with windows smashed in one mosque and cultural center in 2017.

A Pew Research poll last year found that two-thirds of Poles have an unfavorable view of Muslims in their country, and the country’s ruling Law and Justice party has refused to take in significant numbers of Muslim migrants, with then-interior minister Mariusz Blaszcak comparing his party’s position in 2017 to that of “Charles the Hammer who stopped the Muslim invasion of Europe in the 8th century.”