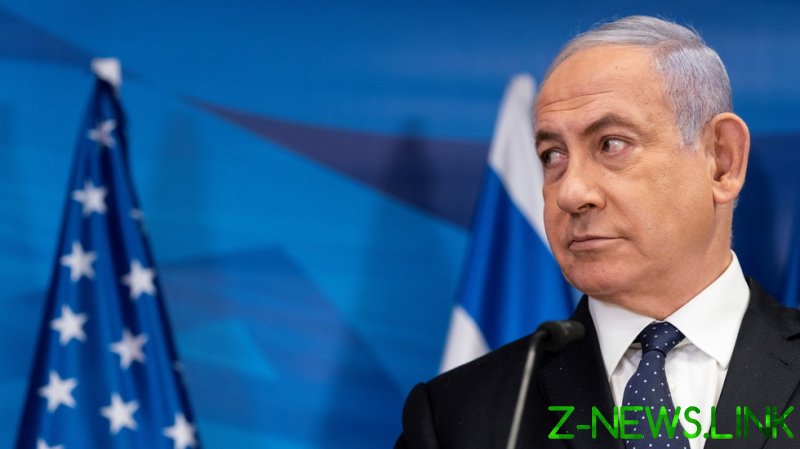 Netanyahu, who is facing corruption charges, made a proposal to form the next Israeli government with Naftali Bennett of the right-wing Yamina alliance and Gideon Sa’ar, who leads the center-right New Hope party. Between the two, they control 13 seats in the Knesset after the inconclusive March election.

Netanyahu’s own right-wing Likud party secured 30 seats, but failed to find enough partners to form a government. President Reuven Rivlin gave the privilege to Yair Lapid, the leader of the centrist secular Yesh Atid, who has it until Wednesday to produce a result.

Lapid is trying to hammer out an alliance of politically divergent forces that all seek to end Netanyahu’s 12-year leadership in Israel. The government would potentially include the centrist Blue and White party of Benny Gantz, Avigdor Lieberman’s nationalist Yisrael Beiteinu party, the left-wing Meretz party, the center-left Labor party, and Israeli-Arab politicians. Both Bennett and Sa’ar are considered as possible members of the coalition.

The proposal from Netanyahu involved sharing the prime minister’s position, with Sa’ar first holding it for 15 months, Netanyahu taking over for two years, and Bennett leading the government for the rest of the term. The scheme was outlined by the prime minister via Twitter on Sunday, only to be swiftly rejected by Sa’ar. “Our position and commitment are unchanged – to end Netanyahu’s rule,” he tweeted.

Bennett is expected to announce his decision on which side he will take later on Sunday evening. Lapid reportedly offered him a rotational premiership just like Netanyahu did, and Israeli media says he will accept the proposal, possibly this evening.

But even if a coalition is announced, it may find surviving a Knesset vote challenging, considering how little in common its likely members have beyond antagonism towards the current prime minister. Similar political divisions tanked Netanyahu’s bid to form a government after his right-wing allies refused to work with the Arabs as coalition partners.

Animosity runs high between Arab lawmakers and hardliner Bennett, who is an outspoken supporter of Jewish settlements in Israeli-occupied Palestinian territories. The Arab-led Joint List, which has six seats, said it would not support a Lapid government if it lists Bennett as co-leader. Meanwhile, Yamina Knesset member Amichai Chikli publicly refused to vote for the new government.

Adding to the tensions is the fresh memory of the 11-day flare-up between Israel and militant groups controlling Israeli-blockaded Gaza. Hamas and its allies managed to put a strain on Israel’s air defenses with larger-than-expected numbers of rockets fired from Gaza, and forced civilians in many Israeli cities to hide in bomb shelters. The Israeli military responded with massive force, which led to hundreds of civilian casualties in Gaza.

If Lapid fails to form a government by the Wednesday deadline, a new election is likely to take place in Israel, which would be the fifth since April 2019.