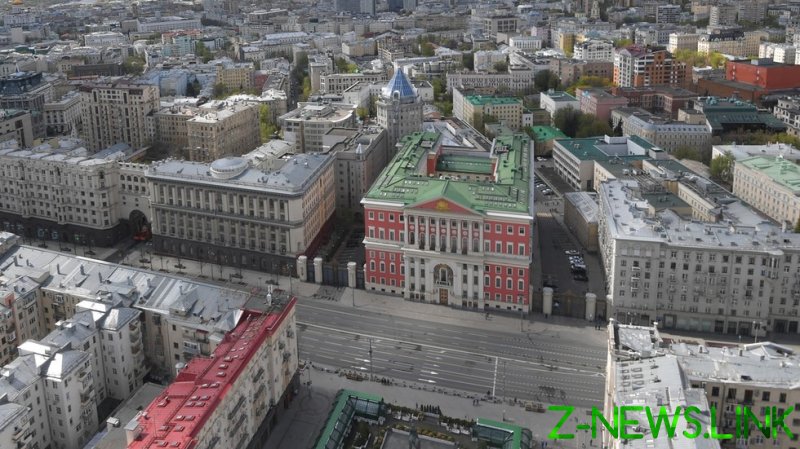 Telegram channel Baza initially reported that a chilling note had been discovered in one of the administration’s official inboxes on Friday. It was said to have railed against a new rule requiring those working in industries like hospitality, transport and retail to be immunized, as well as the requirements for Muscovites to wear masks and gloves on the metro and in major public spaces.

An unnamed law enforcement source later confirmed that the message had been received. “An anonymous letter with the threat of an explosion was sent to the email of the Moscow government,” the official said. “No explosive devices were found during the inspection of the building.” Police are now understood to be searching for whoever was responsible for sparking the scare.

Moscow became the first city in the world this week to mandate vaccinations for those working in public-facing industries. Companies that fall under the measures must ensure that 60% of their staff have been immunized, or else face hefty fines. Officials revealed on Thursday that companies are able to suspend without pay any employee who refuses the jab, in order to meet their quotas.

The Russian capital saw its numbers of confirmed cases hit an all-time high in the last 24 hours, with 9,056 positive tests recorded on Thursday. Curfew measures have been introduced, banning the city’s nightlife establishments from staying open past 11pm. “We are very close to much more severe – temporary, but severe – decisions on restrictions,” Moscow Mayor Sergey Sobyanin added during a government meeting on Thursday.