Home / Society / Anniversary of the Holodomor: the program of events in Kiev

Anniversary of the Holodomor: the program of events in Kiev 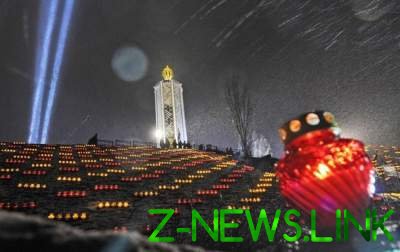 The city government of Kyiv approved a plan of commemorative events dedicated to the victims of Holodomor of 1932-1933. In the present, 2017 85 commemorated the anniversary of the tragedy.

This reports the press service of the KSCA. The event is scheduled for 2017-2018 years.

Saturday, November 25 (fourth Saturday of the month) are planned remembrance events at the National Museum of memory of victims of Holodomor. In particular, this day lower a little national flags and limit carrying out entertaining actions.

In November also decided to hold the exhibition of archival documents dedicated to the 85th anniversary of the tragedy.

In addition, until the end of 2017, and in 2018 it is planned to conduct thematic events, exhibitions, landscaping of monuments to victims of famine and so on.

The victims of the famine 1932-1933 years in various parts of the USSR, including the territory of the USSR, according to different data, were from several million to ten million people. Some States have condemned the Holodomor as an act of destruction of mankind in a formal appeal. This is Andorra, Argentina, Brazil, Vatican, Spain, Italy, Slovakia, USA, Czech Republic, Chile.

See also:  These elections broke down the society