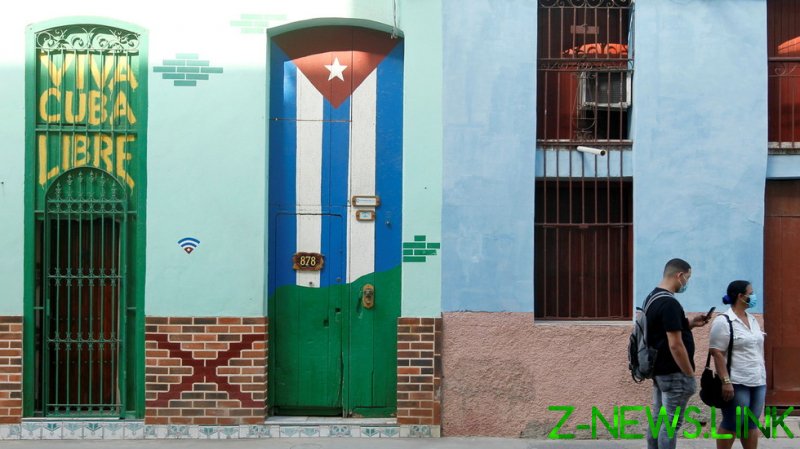 On Monday, as House Democrats held a hearing promoting statehood for the US capital district, Bill Kristol argued that expansion has “always been a sign of our vigor” and that it’s time for “DC, Puerto Rico, Cuba (as soon as it’s free), 1 or 2 more?” after 60 years of having 50 states.

Kristol’s proposal was quickly slammed from the right. Yoram Hazony, one of the founders of the National Conservative movement, said his “old friend Bill” just provided evidence of an unbridgeable chasm between them and neocons.

“What Bill thinks is good for America would end it,” Hazony added.

“The man can’t help himself, he’s an liberal imperialist to the core,”quipped Human Events co-publisher Will Chamberlain, while the conservative-leaning Daily Caller summarized Kristol’s argument as “Let’s invade Cuba and make it a state.”

“Why in the name of everything that is unholy would Cuba become part of the United States?” wondered CNN columnist Frida Ghitis in a reply to Kristol’s tweet, adding that Cubans would be divided between “laughing uproariously at the idea and being furious an American is even suggesting it.”

Anti-war advocates were likewise unimpressed. Quincy Institute VP Trita Parsi wondered if Kristol was making “a really bad joke” or if the neocons were embracing “Empire without any of the pretenses otherwise!”

Kristol caught flak from the left as well. Australian columnist Caitlin Johnstone tweeted that “The Iraq invasion’s eighteenth birthday bash wouldn’t be complete without one of its leading architects advocating the invasion and annexation of Cuba,” referring to Kristol’s role in promoting that disaster.

“You should try to regime change Cuba. It will be good for you,”said podcaster Katie Halper, ironically referring to the long history of US failures in Havana since the 1958 revolution against the US-backed dictatorship.

Grayzone’s Max Blumenthal gave“neo-con artist” Kristol a backhanded compliment, crediting him for a “candid articulation of US policy” towards Cuba: to turn it into a “neoliberal sacrifice zone as it did to Puerto Rico.”

Kristol’s tweets were proof that US foreign policy isn’t about wanting to bring freedom or democracy to the world, but about “expanding empire’s reach,”added Grayzone’s Anya Parampil.

The former editor of the now-defunct Weekly Standard used to be notorious for advocating the 2003 US invasion of Iraq and being one of the leaders of the Project for the New American Century (PNAC), a neocon think-tank. In 1996, he co-authored the infamous article advocating the “benevolent global hegemony” of the US with Robert Kagan, husband of future State Department official and Kiev cookie distributor Victoria Nuland.

Kristol failed upward over the past several years, finding himself on the board of the Alliance for Securing Democracy, an outfit uniting neocons and liberals in opposition to President Donald Trump that was behind the “Hamilton68 dashboard” Twitter witch-hunt. Kristol parlayed his new “principled conservative” persona into frequent guest appearances on CNN and MSNBC.