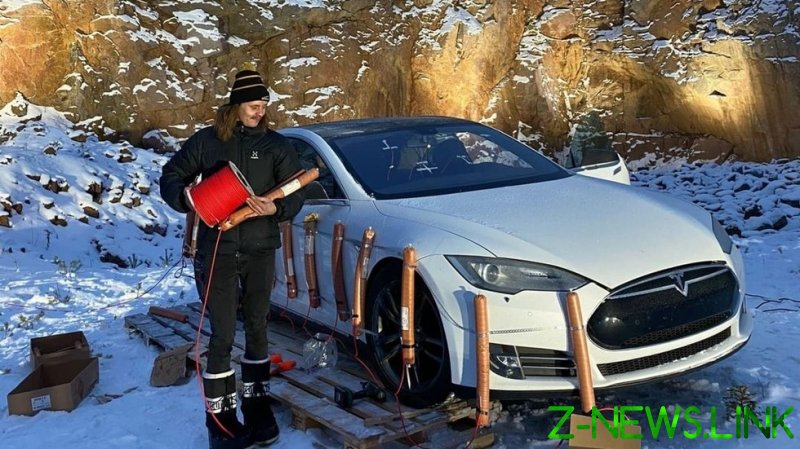 The owner said that he lost his faith in Musk’s company after he was told to pay 20,000 euros (around $22,500) for a new battery for his car. He was apparently among the early buyers of the Tesla Model S, which had been around since 2012, so his warranty had already expired.

The man was unwilling to part with such a massive sum, instead contacting bloggers from the local Pommijätkät channel on YouTube, who specialize in blowing stuff up.

His Tesla was taken to a picturesque snow-covered sandpit somewhere in Finland’s wilderness and loaded with 30 kilograms of dynamite.

Before the explosion, a mannequin with the face of the world’s richest man, Elon Musk, was placed in the driver’s seat. The dummy had been earlier airlifted to the site via a helicopter and dropped into the snow from a significant altitude.

The massive blast turning the electric car into a pile of rubble was filmed from several angles and made all who worked on the video, including its former owner, ecstatic.

A Tesla Model S is currently priced at almost $95,000 in its dual motor version, with the three-motor variant costing around $130,000.