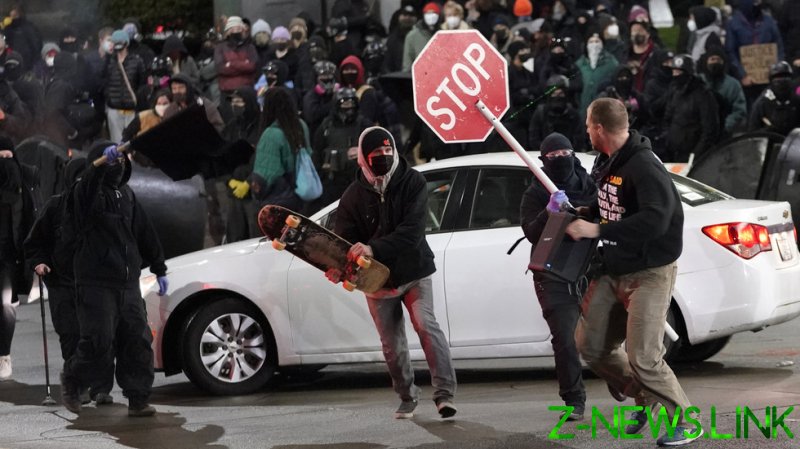 Irate demonstrators vented their fury on the downtown Tacoma streets on Sunday as it emerged that the Pierce County Force Investigation Team is probing Saturday’s purported police brutality incident, in which two people were hospitalized after being run over by a police vehicle.

The crowd also made its way to Pierce County jail where a number of participants in Saturday night’s alleged street race are being held following their arrest.

“No cops, no prison, total abolition!” the demonstrators chanted.

Windows were shattered, offensive graffiti sprayed over building facades and assorted debris and dumpsters were lit on fire to form a burning barricade in the street, as the stand-off intensified. 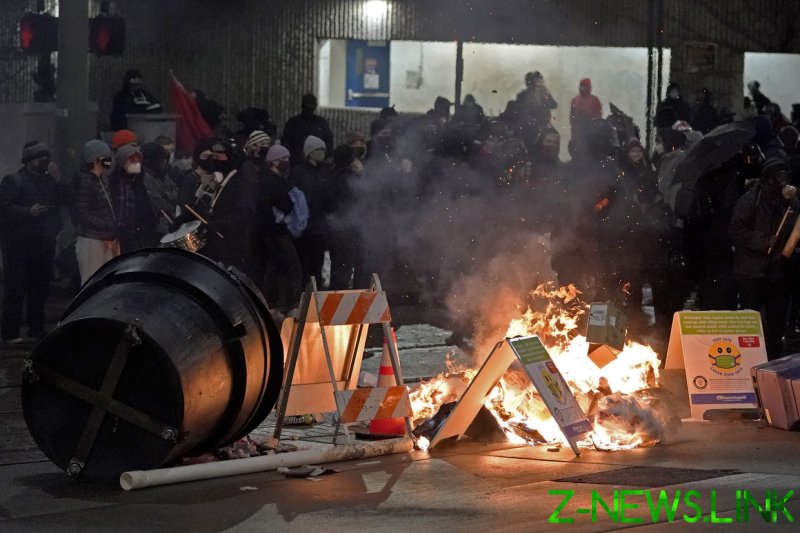 The protest came a day after at least two people were injured when a Tacoma Police officer drove his car through a crowd of people. © AP Photo/Ted S. Warren

Cars allegedly belonging to the local sheriff’s office were smashed, as was a local bondsman’s office. There were no injuries reported from Sunday’s demonstration, which dispersed without incident at approximately 11pm local time according to police.

Police reported that at least three people attempted to gain access to the roof of a building in downtown Tacoma, two of whom were arrested in possession of handguns and knives. The third suspect fled on foot and evaded capture.

Video allegedly from the scene of the street race on Saturday purports to show the police SUV plowing through the crowd and running over at least once person with its rear tyres. The officer behind the wheel, a 58-year-old, 29-year veteran of the force, has been placed on administrative leave pending an investigation into the incident. 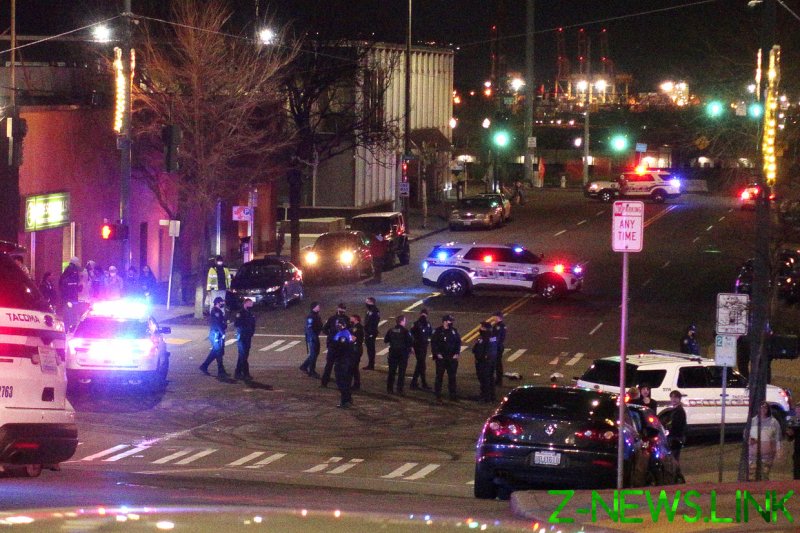 Tacoma Police and other law enforcement officers stand in an intersection near the site of the car crash. © AP Photo/Ted S. Warren

Both people injured in the incident were rushed to hospital for treatment for non-life-threatening injuries. At least one of them has since been discharged from care.