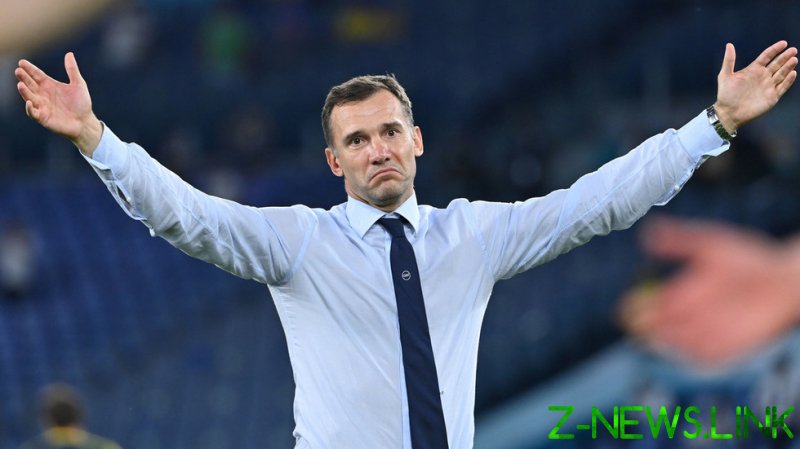 Shevchenko issued an Instagram post on Sunday to state that his contract with the Ukraine Football Association had officially expired, bringing a close to his tenure which began in 2016.

The 2004 Ballon d’Or winner oversaw Ukraine’s passage to the Euro 2020 quarterfinals this summer, in which his side were eliminated by England, and was praised by analysts for attempting to install a more progressive style of play into Ukrainian football.

“Today, my contract with the Ukrainian Football Association came to the end,” wrote Shevchenko on Instagram.

“I spent five years with the national team. It was hard work that proved that we are capable of playing modern football. I am grateful to the president and the executive committee of the UAF for the opportunity to work with the Ukrainian National team.

“I am thankful to every player, every person who helped and was involved in the team. Many thanks to all the fans for their support and criticism.

“Together, we managed to show that our football can be competitive, productive and exciting. With faith in Ukraine.“

Shevchenko won 25 of his 52 games in charge of Ukraine, along with 13 draws and 14 defeats. He has been linked with a return to management in Italy’s Serie A – the league in which he spent eight seasons as a player.

He remains the top scorer in the history of Ukrainian international football, with his record of 48 goals from 111 not bettered since his final appearance in Ukrainian yellow in 2012.

During his time with AC Milan, Shevchenko won a Serie A title as well as a Champions League crown before a £30 million ($41.7 million) transfer to Premier League team Chelsea in 2006, where he won both the FA Cup and the League Cup before returning to Milan on loan two seasons later, then once again signed for his boyhood club, Dynamo Kiev, in 2009.

His assistant, Andrea Maldera, thanked the players, staff, president and association for their “great respect” that was “always shown” and the “great opportunity” they gave the duo.

“Above all, I want to thank the fans and the people who have always made me feel at home,” he added.

“I have given everything I have had and I have received so much. You will be in my heart and on my skin forever.”