Home / WORLD / Andrew Cuomo’s plan to send officials to the homes of the unvaccinated, pressurize them and DRIVE them to get jabbed is tyrannical

Andrew Cuomo’s plan to send officials to the homes of the unvaccinated, pressurize them and DRIVE them to get jabbed is tyrannical 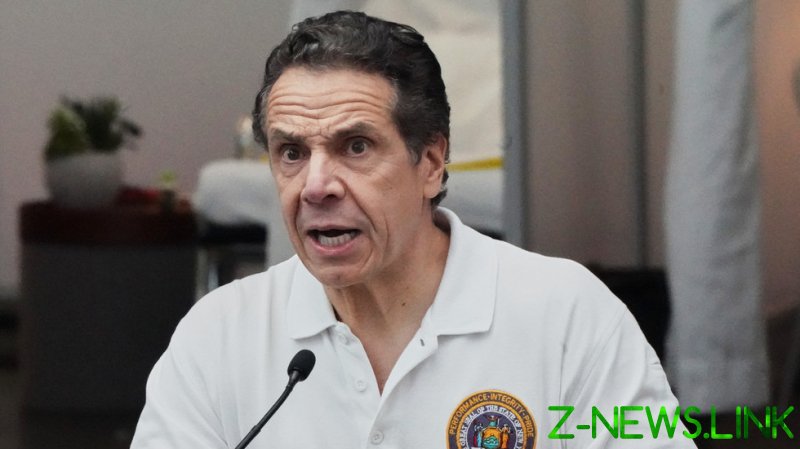 It seems that Covid-19 continues to create more and more mania as time goes on. With all the discussion of the Delta variant, there’s talk of a return to lockdowns, mask mandates, and a return to all the restrictions that we’ve had to endure for much of the past 16 months.

During a speech, he made the following statement in regards to getting people vaccinated: “We have to get in those communities, and we have to knock on those doors, and we have to convince people, and put them in a car and drive them and get that vaccine in their arm. That is the mission.”

This raises a few questions, and none of them are the kind of questions that you ever want to have to ask about a state government.

He’s also got a lot of doors to knock on. According to data from the Centers for Disease Control, about 56% of New York’s population is fully vaccinated (rising to 62% for at least one shot) – which leaves about 10 million people for the Cuomo stasi to visit. Gonna take a while.

Cuomo has already come under fire for the way he has handled the pandemic. He’s been criticized for singling out Orthodox Jews in New York City when it comes to people congregating, while being absolutely silent as Black Lives Matter marches went on. There was also disquiet over how he failed to protect the elderly and put them in positions where they were more at risk to contract the virus. His track record up to this point suggests that he is inept. We can add a new descriptor now: he is tyrannical.

The fact of the matter is that, while it may very well be a good idea to get the vaccine, there’s a significant difference in the danger the virus poses to various age groups; young, healthy people have a tiny risk of dying from it. Not to mention, the vaccines have not been fully approved by the FDA yet. Both of these may factor into the decision as to why millions of people have not got vaccinated yet, or don’t really have any sense of urgency about it. So now you’re going to put people in a position where they’re going to be pressured into doing so?

Ultimately, when it comes to anything medicinal, people should be consulting with their doctors before anything else. Who is Andrew Cuomo to force people what to do with their bodies? To use a common lefty slogan, ‘My body, my choice’. If we’re supposed to respect people’s medical decisions in other areas such as abortions, why can’t we do that with vaccines? Ultimately, these decisions should be made by the individual, not by some aloof guy in a mansion who gets paid a six-figure salary from the government and who has no medical background.

If Cuomo wants to promote being vaccinated, or get information out there to help people make decisions, then he’s welcome to do so. But once you start crossing over into knocking on people’s doors and putting them into cars to be taken to get vaccinated, you’ve crossed over into the realm of despotism.