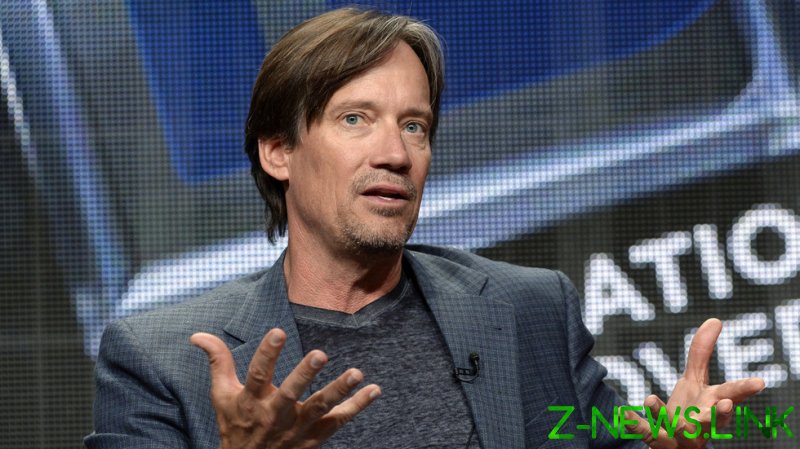 Sorbo, who starred in 1990s television series ‘Hercules: The Legendary Journeys’, said on Twitter Friday that Facebook shut down his account, which had more than 500,000 followers.

It was not immediately clear why the tech giant took such drastic action against Sorbo, who has courted controversy for doubting the effectiveness of masks amid the Covid-19 pandemic, as well as for his unwavering support of ex-president Donald Trump after the Capitol riot.

Sorbo himself gave no explanation for the shutdown and provided a link to a new Facebook page.

The erasure of Sorbo’s account has been cheered on by his opponents.

Some jokingly suggested that he should join forces with axed ‘Mandalorian’ star Gina Carano, who was canceled from the hit show after her post against political intolerance triggered a wave of liberal outrage and accusations of anti-Semitism.

Just Thursday, Sorbo joined other conservatives in calling for people to cancel their Disney+ subscriptions after Carano had been fired from the streaming series.

Since the start of the pandemic, Sorbo gained prominence as a vocal opponent of mask wearing. In a recent Twitter post, he referred to the requirement to put on masks during the Super Bowl as a “political message”, and has accompanied several of his posts with a hashtag #MasksOffAmerica.

The actor has also been bitingly critical of President Joe Biden’s newly installed administration. Earlier on Friday, he took aim at Biden for allegedly threatening to ban travel from Florida because of Covid-19 concerns.

The page’s removal comes after Facebook recently expanded its list of “false” and “debunked” claims about Covid-19 and vaccines that may provide grounds for being booted from the platform.