Home / Society / “…And the young Ramses to come!” How to celebrate Day of the Egyptian army

“…And the young Ramses to come!” How to celebrate Day of the Egyptian army 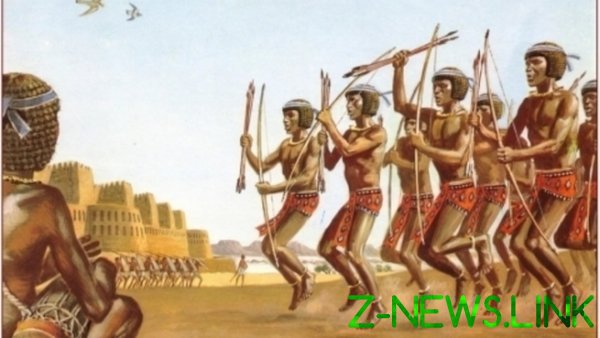 — Listen, Moses. You know how people respect you, you said to go, we just up and went without asking where and why. We have a year to wander you via the wilderness, which no end or edge. But today, we are asking to-day.

Is today some special day?

— Of course, today, the 23rd of Adar — the Day the Egyptian army. Many among us have served. This is an important day for us. We want to celebrate.

— But this is Pharaoh’s army! Cruel, inhuman army. Over you they tortured you, humiliated, beaten. What are you going to celebrate?

— Do not generalize, Moses. You do not serve, right? You are more of an administrative part? And I’m 2 years served. And not just anywhere, but in a limited contingent of Egyptian troops in Nubia. And I can tell you that the army is a good school of life, and I am proud that I passed the school. So, Moses, to declare a halt. People want holiday. But if you don’t let a holiday, the people can rebel. And don’t give you your God, whom you we are talking about, to see the Jewish revolt, intelligent, but merciless.

— Well, I have to consult my brother.

— Aaron, people want to relax. They asked to allow them to celebrate the Day the Egyptian army. What to do?

— You need to resolve. Slaves like holidays. And nostalgia is the best occasion for a slave.

— Okay, let them celebrate. They still 39 years to go. You and I know that none of them will reach the Promised Land because of “the slaves of Paradise”.

And had a feast!

People put a festive tent decorated them with Egyptian flags and portraits of pharaohs and figures of pagan gods. Across the camp sounded Egyptian music. Sitting around festive bonfires, drinking moonshine made from thorns, and eating fried manna, the people remembered how good life was in Egypt.

— No need to spit in his past. Egypt is a great country, and there were a lot of good: free education, free medical care. Relations between people were open, unselfish.

Was confidence in the future: if you work on the pyramids, you can be sure that you’re in the next 300 years no one will be fired. And the pyramids don’t sell to rich Americans. “America did not yet exist”, — said a voice from above. “Well, then, no one will sell”

— The food which was delicious! Barley and the beer! We did this religious fanatic was not allowed beer to take with them. “Leaven” — he said. Now drink this swill sagebrush.

— And what girl was! I have a friend egyptianesque. Looks Just Like Nefertiti. So he’s normal and girls were not allowed to take with them. Fled that house was. Now stuck in this desert without beer, without bread, without women.

— And I from simple stonecutter was promoted to Deputy Director of the trust Paramagnetically. I’m in the Palace of the chief astrologer foot the door opened. I was once himself the high priest fishing invited. He had a hunting Lodge on the Upper Nile….As we rested there…

And no the Jews were not persecuted. While this is not a madman yelled, “Let go,” — he says,- “my People”, intelligent and not lazy to live normally. Hut all their was, nobody went hungry, and the shame than to cover it. And celebrated the Jewish holidays: Passover, Hanukkah, Purim.

“Good to invent,” he heard an angry voice from above,”Pesach you have now. Purim I made up 500 years later, and Hanukkah in 1000″.

“Hey, you up there, do not bother to remember. There is something you dictate to his friend, Moses, here and dictate, and we know better what we celebrate.”

— And to us the construction of the canal once came favorite singer of Pharaoh Joseph Ben-David. He gave the concert! 6 hours of singing. And all listened, spellbound: the Nubians and the Hittites, and shardana. And for every nation had a song in his native language. All of us, slaves from different countries feel like one big happy family.

Joseph, incidentally, has never concealed his Jewish origin. In the 9th part of the concert he sang several songs in Yiddish. “There was then the Yiddish!”, — cried a voice from above.

“Maybe not, but we sang. And, in General, with nostalgia, do not argue”.

And from the “Blue lights” fires floated in the black sky of Sinai:

“And again, the battle continues, And anxious heart in my chest, Osiris so young And the young Ramses to come”.