Home / WORLD / And the winner is… The FLY? Biden fundraises off huge bug after it lands on Pence’s head & steals show at VP debate

And the winner is… The FLY? Biden fundraises off huge bug after it lands on Pence’s head & steals show at VP debate 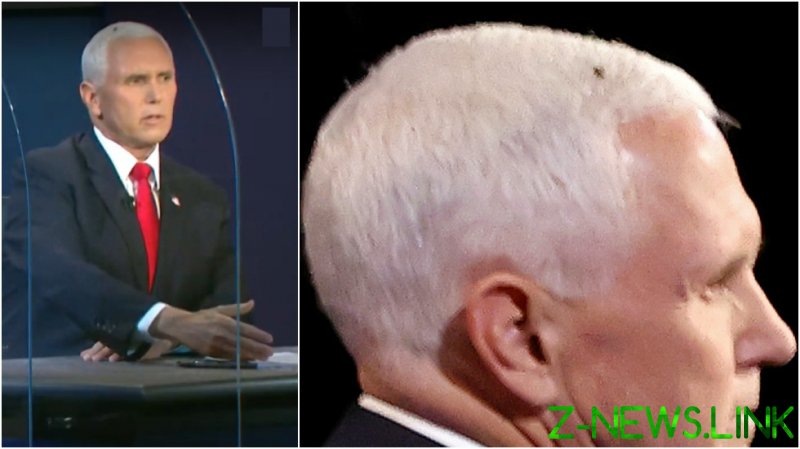 Though the candidates were separated by plexiglass shields during Wednesday night’s debate amid fears of Covid-19, the precautions were no match for the intrepid fly, which was seen camping atop Pence’s head for several minutes while he and Senator Kamala Harris traded barbs on stage.

With a far less contentious debate than the first contest between President Donald Trump and Democratic candidate Joe Biden, the fly quickly stole the show, becoming the most discussed topic of the night and dominating the Twitter trends.

Countless netizens from all political persuasions rallied behind the fly’s strong showing, many handing it a high ranking in the debate over its human competitors.

Biden wasted no time before enlisting the fly to work on behalf of his campaign, sharing an image of himself wielding a fly swatter with a punny caption.

Providing a rare moment of unity in American politics, the fly has brought together the most vocal opponents and supporters of the Donald Trump administration, putting conservative activists on the same page as Antifa, who both voiced support for the insect

With its newfound celebrity, the insect soon had his own Twitter handle – a swarm of them, in fact –  while some joked it had “totally gone Hollywood,” already letting the fame go to its head.