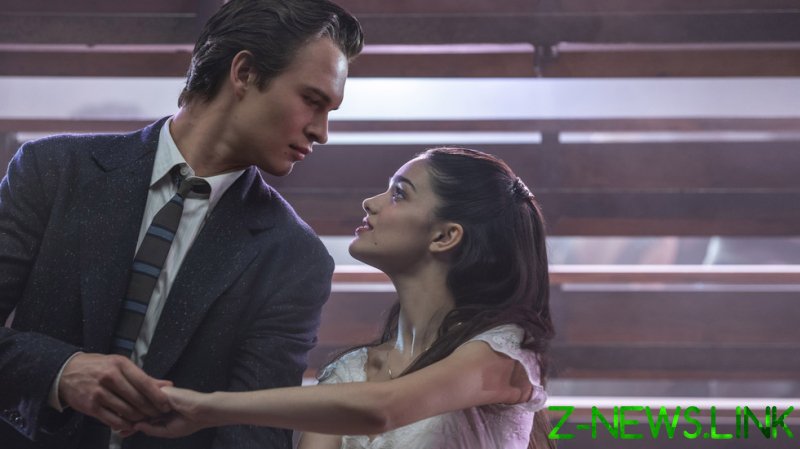 When I heard that Spielberg was remaking the classic film musical ‘West Side Story’, I wondered why the most powerful director on earth would do such a trite thing. Having seen the movie, I still have no idea, except maybe that he was looking for a film where he could most clearly signal his virtue in hopes of getting an Oscar for wokeness.

In 1961, ‘West Side Story’, directed by Robert Wise and famed choreographer Jerome Robbins, featuring music by Leonard Bernstein and lyrics by Stephen Sondheim, and starring the luminous Natalie Wood and the glorious Rita Moreno, captured America’s imagination, as well as an astounding 10 Academy Awards.

The original film is great for its time, but it’s been labeled ‘problematic’ by the modern politburo of political correctness due to its alleged stereotypical presentation of Puerto Ricans, including using make-up to darken the skin of actors, as well as committing the mortal sin of casting non-Latina Natalie Wood in the lead role of Maria, a Puerto Rican girl.

Spielberg’s remake keeps the story and setting the same, but in order to get maximum virtue signaling value, he imposes a sort of meta update by projecting the woke politics of our current age onto the production as a way to ‘right the wrongs of cinema history’ or something.

For example, the director boldly declared, “the first thing I said was every single Shark, boy and girl, needs to come from the Latinx communities. And without fail.”

To prove his progressive bona fides, Spielberg also has numerous critical scenes in the film where only Spanish is spoken, but refuses to ever use subtitles in order to “not give English the power”. This tactic dramatically undermines the film and leaves viewers utterly confused.

Another piece of pathetic pandering is that Spielberg and screenwriter Tony Kushner have turned the character ‘Anybodys’, which in the original was a tomboy on the fringe of the story, into a more featured character that is transgender. They even added scenes to beef up the trans aspects of Anybodys, including one where they/them beats up not only a group of Jets but also cops. Apparently in Spielberg’s 1950s New York, trans people have super powers.

The marketing campaign for ‘West Side Story’ is astounding, as every day there’s a cavalcade of articles promoting how politically correct the production was, and how important and noble its representation, diversity and inclusion.

I saw a similar level of hype and woke self-congratulations earlier this year with the movie ‘In the Heights’, the musical film based on the Tony Award musical by establishment darling Lin-Manuel Miranda, the creator and star of middlebrow juggernaut ‘Hamilton’.

‘In the Heights’ had a massive advertising blitz touting the movie’s diversity and ethnic storyline, and critics gushed over how important it was for diversity in film. But then the narrative quickly turned as some wokesters complained that the cast of ‘In the Heights’ didn’t have enough dark-skinned Latinos. So, the film that was supposed to be super woke ended up being derailed by wokeness. How poetic.

As a result of the controversy, ‘In the Heights’ bombed at the box office and faded into obscurity.

For instance, I saw an article titled, ‘Why can’t West Side Story just cast a Puerto Rican Maria?’ in the Daily Beast. The writer is furious that Rachel Zegler, ‘Maria’ in Spielberg’s film, is of Colombian and Polish descent, and not from Puerto Rico.

As for the merits of Spielberg’s film, it’s obvious he’s desperate for Oscar recognition, hence the virtue signaling, and that may work despite the fact that his movie is, at best, relentlessly mediocre.

On the bright side, it’s shot well by acclaimed cinematographer Janusz Kaminski, and has some interesting visual flair to it, but it isn’t all that different cinematically from the original.

Also noteworthy is actress Ariana DeBose, who plays Anita. DeBose is a vibrant and dynamic screen presence. In every scene in which she appears, she is the radiant sun and everyone else orbits around her and is blinded by her luminosity.

The rest of the cast, particularly leads Rachel Zegler as Maria and Ansel Elgort as Tony, are unimpressive. Zegler and Elgort are anemic performers, like two black holes of anti-charisma.

Elgort’s Tony is supposed to have just gotten out of prison after nearly killing a kid in a rumble (a change by Kushner from the original story), but Elgort doesn’t look like a tough guy; in fact, he looks like someone whose dance card would’ve been pretty full in the prison showers.

That’s always been a big issue with ‘West Side Story’, either today or back in 1961, and that is that the actors playing the Jets and the Sharks gang members are about as menacing as a modern jazz dance troupe… because that’s what they are.

Speaking of which, the distinctive Jerome Robbins choreography, which borders on the hysterical in the original when the gangs dance/fight, has been somewhat altered in the new movie, but Robbins’ dance DNA is still present and, as great as it is, it still made me chuckle at times.

In keeping with this painfully awful year in movies, ‘West Side Story’ is a consistently unremarkable piece of cinema, but as an example of shameless self-promotion, virtue signaling and woke pandering, it’s the bee’s knees.

The bottom line is that the last time Spielberg made a move with a shark in it, it turned out a hell of a lot better than this one.