Analysts reveal why Beijing is going after Russian gas 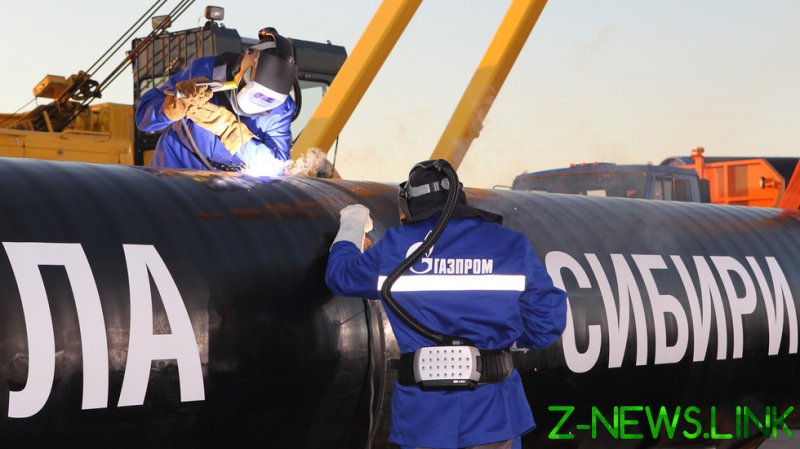 Energy-hungry China is reportedly looking to boost its purchases of natural gas from Russia due to the ongoing trade row with Canberra, which may put at risk deliveries from Australia, China’s number one gas supplier.

The trade data compiled by Refinitiv shows that Australia was China’s biggest supplier of gas in the first nine months of last year, followed by the US, another country whose relations with Beijing have been in steady decline in recent years.

A second supply channel with Russia “will partly meet China’s rising demand and also help diversify its imports,” according to Tian Miao, a senior analyst with Everbright Sun Hung Kai, as quoted by SCMP.

Trade and diplomatic tensions between China and Australia have been increasing for several years, especially after Canberra banned Chinese vendors from its 5G rollout. The situation worsened when Australia backed a US call for an international probe into Beijing’s alleged role in the Covid-19 outbreak.

As a result, Beijing has slapped high tariffs on Australian wine, while China’s purchases of Australian coal reportedly dropped by an enormous 89.7% from January-November 2021. The Australian government has retaliated by killing two deals under China’s Belt and Road Initiative between the state of Victoria and China.

Russian natural gas is currently being sent from Far-Eastern Yakutia to China through the Gazprom-operated Power of Siberia pipeline, which first became operational in December 2019. Meanwhile, the projected Power of Siberia 2 gas pipeline is expected to pump 50 billion cubic meters of gas annually to northern China.

“Just as it makes sense for the EU to use [liquefied natural gas] as a political hedge… it makes sense for China to use Russian pipeline gas as a political hedge or backup for its high reliance on LNG – large amounts of which come from Australia and the United States, with whom Beijing’s relations have deteriorated over the past years,” said Henning Gloystein, director of energy, climate and resources at Eurasia Group, as quoted by SCMP.

So far, the ongoing dispute between Canberra and Beijing has not extended to LNG or iron ore. However, Australia received no new long-term supply contract from China in 2021, according to data tracked by market intelligence provider OilChem.net, which also disclosed that some of its market share had been eroded by Qatar, Russia and the US.