Home / policy / Analyst: Degtyarev is only fueling the protests in Khabarovsk

Analyst: Degtyarev is only fueling the protests in Khabarovsk 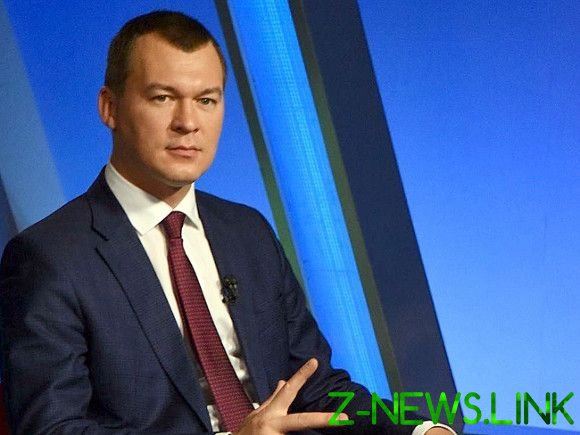 Acting Governor of Khabarovsk Krai Mikhail Degtyarev does not seek to enter a dialogue with the protesters because he promise another post in the future, says political analyst Maksim Zharov.

The expert recalled the words Degraeve, who noted that mass actions involving foreigners, and this is supposedly confirmed by the data of law enforcement bodies.

“Such statements for Khabarovsk, of course, unconvincing. Moreover, it will piss off the people who are going to go out on another protest. He stirs up protest”, — the expert said in comments to the correspondent of “Rosbalt”.

This behavior of the analyst explained that Degtyarev performs the role of interim head of the region. “We already had a precedent. In 2018 in the Republic of Khakassia appointed Mr Michael Razvozzhaev, when, in fact, the Kremlin has failed to promote their candidate. Then the result of the election, despite the opposition of the centre, was won by the Communist, and Leonid Razvozzhayev went to the popular front, reminded the analyst. Now, I think Degtyarev promised exactly the same career path: “You sit here a while, and then we’ll move to another region or to some Federal position within Restigouche with Zhirinovsky in the case Furgala”. That’s why he doesn’t communicate with the people, distanciruemsa from communicating with the protesters”.

Previously Maxim Zharov suggested that the Kremlin is preparing for the violent dispersal of protests in Khabarovsk.