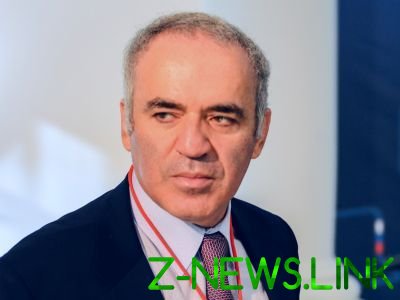 This puts European politicians are hypocrites, talking about justice and democracy…

On 25 June the Council of Europe restored the voting rights to Russia, suspended after the illegal annexation of Crimea in 2014 and the subsequent invasion of Eastern Ukraine. You were categorical supporter of the decision that, given the enormous influence of Germany in Europe, virtually guaranteed its passage. When the decision was announced, You said, “This is good news for Russian civil society. The Russians should continue to have the opportunity to seek justice in the European court”.

I was shocked and couldn’t help but foul answer You on Twitter, speaking on behalf of thousands of exiled members of Russian civil society who are forced to leave the country under threat of prosecution and violence, affecting many of my colleagues and compatriots.

Although I ask You to understand the harshness of my words, but I’m not sorry and do not abandon them. After twenty years of increasingly brutal reign of Vladimir Putin, the Russian civil society practically ceased to exist. Use it as an excuse for appeasement of Putin is disgusting.

On July 27, a month after Your speech, peaceful Russian protests against the banning of opposition candidates for the upcoming elections led to the largest after the collapse of the USSR, mass arrests and violence by the police. Dozens of people were beaten by security officials just trying to pass by. More than a thousand people were detained. Statements of Putin’s officials and security forces have shown that they do not consider it an overreaction. The mayor of Moscow Sergey Sobyanin praised the police, although the violence was recorded on video. Prosecutor General Yury Chaika has called for prosecutors to do whatever is necessary to “maintain public order”. The head of the Investigative Committee Alexander Bastrykin has declared excitation of criminal case on “mass riots”. The accused will face up to 15 years of imprisonment. Clear: to avoid even the hint of free and fair elections, will be taken strict measures.

What prompted the Council of Europe to support the return of voting rights of the Putin regime? Unless Russia stopped its aggression in Ukraine? Gave her back the Crimea, as the international community demands it? Is was freed 24 Ukrainian sailors kidnapped in international waters? Or maybe in Putin’s Russia liberalized in relation to human rights and democratic standards, as required by the Council?

No, no, no and no. Thus, the real motives of the Council remain shrouded in mystery. The ability of some Russians to achieve “justice” in the ECHR is a cruel hoax. What justice will remain in tens of millions of Russian citizens? They have nothing to hope while Russia is ruled by Putin. The Council’s actions and statements like Yours only serve to strengthen Putin’s power. What’s worse, they give him the green light for further abuses of power, because he knows that he has allies like You unprincipled Compromisers, ready to support him in any situation.

With Putin’s desire to participate in the work of the Council is the thirst for revenge for a lost case on the destruction of the credibility of the European institutions. Russia’s presence is mocking the standards of the Council of human rights, what Putin wants. This puts European politicians are hypocrites, talking about justice and democracy only so long, until a new pipeline.

Putin needs to buy loyalty, and he found You such helpful partners in Germany and other parts of Europe. He uses this political capital in institutions like PACE in the same way as real capital in projects like “Nord stream — 2”, implemented together with Germany. Your money directly funded by Putin’s police state. Political and economic participation, used as a pretext for concluding lucrative deals with Russia, not upgrades and not liberalizare Russia; flows the other way. The largest export to Russia is not gas or oil, and corruption.

The only real pressure on Putin threat to his power in Russia. The only real reform of the care of Putin. On 25 June I replied to You on behalf of Russian civil society in exile. Now You responsible civil society of Russia itself — from the thousands of prison cells built with Your help. One of them is languishing opposition leader Alexei Navalny, suffering from a sudden “Allergy” that hit him after his arrest.

Pathetic babbling of the Council of Europe about the protests, arrests and elections — more words thrown to the wind once gave Putin everything he wanted. Your statement of June 25, continued: “it is Now important that we developed a mechanism to impose sanctions on the country in accordance with the statutes, if they violate its obligations.”

Putin is easy to saw through Your bluff, because he consistently used the bluff as a tool of international politics.

Putin heard the good news. Now I would like to hear from You.