Home / WORLD / An evil empire? The Soviet Union’s legacy is being used to paint Russians as conquerors, despite the fact it conquered them too

An evil empire? The Soviet Union’s legacy is being used to paint Russians as conquerors, despite the fact it conquered them too 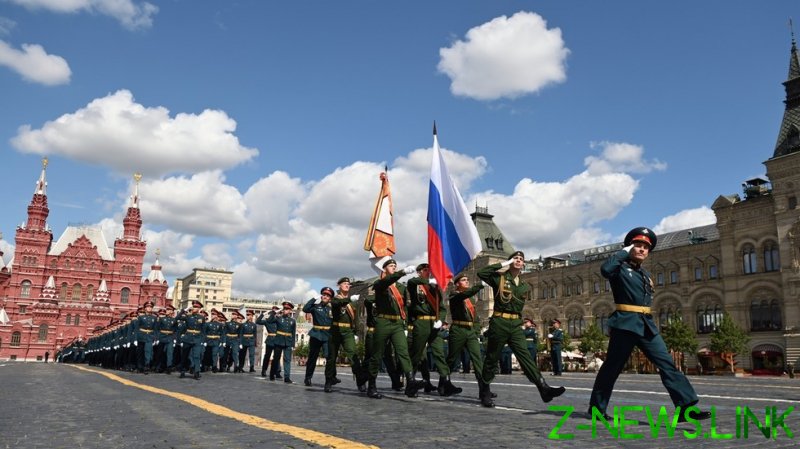 On the one hand, the communist state was much more than Russia. But, on the other, Russia played a vital role as a binding force keeping more than 100 different nationalities together in the grand scheme. The Soviet Union wasn’t Russia; but at the same time, it wasn’t not Russia either.

The extent to which the two can be identified with one another lies at the centre of political struggles for the hearts and souls of various nations who were once part of the world’s largest political project. If the Soviet Union did equal Russia, then citizens of other ex-Soviet states can portray themselves as victims of Russian colonialism and demand that their countries cut their ties with Moscow today.

If, however, the Soviet Union and Russia were not one and the same, then the reverse is the case.

It is, therefore, no surprise that pro-Western intellectuals in Eastern Europe are doing their best to propagate the line that the Soviet Union was simply the Russian Empire in a different form. Denying that their own nations have any connection to Moscow, other than as a victim of Russian colonialism, they ease the path to what they see as their desired destination – integration with the West.

And so it is that unpopular Soviet actions are nowadays cast as Russian actions. The 1968 Soviet invasion of Czechoslovakia, for instance, is often referred to as a “Russian invasion.” Thus Ukrainian activist Maxim Eristavi recently tweeted that “from 1968 in Czechoslovakia to 2008 in Georgia and 2014 in Ukraine Russian colonialism keeps thriving unchecked.” No matter that the Soviet leader, Leonid Brezhnev, was a Ukrainian, or that the Soviet defence minister, Andrei Grechko, was a Ukrainian too, meaning that if anything this was a “Ukrainian invasion.”

However, for convenience, “Russian” it is.

A prime example of this sort of thinking comes this week in the Calvert Journal, an outlet devoted to the study of arts and culture in Eastern Europe.

Penned by Moldovan writer Paula Erizanu, the article urges against the continued use of the term “post-Soviet” when discussing countries that were formerly part of the USSR. The reason, Erizanu says, is that there is nothing Soviet about these countries at all.

She argues that associating such countries with the Soviet Union carries “little-acknowledged imperialist undertones.” The reason is that the USSR was never a union of equal national republics but was always a continuation of “the imperialist aggression of Tsarist Russia.”

Erizanu’s own country, Moldova, never felt much of a Soviet influence, she says. The influence was always Russian.

The Soviet Union’s legacy is, therefore, “post-colonial” not “post-Soviet,” and “Ensuring that a country has a strong ‘post-Soviet’ identity has also been a way for Russia to maintain power over its former colonies,” says Erizanu. “Many of the people celebrating 30 years of independence from the USSR are also marking an anti-imperialist struggle.”

Russians made up over half the population of the USSR, and the Russian Soviet Federative Socialist Republic was far larger than any of the other 14 republics in the union. Given this, it was inevitable that the Russian language, culture, and methods of government would dominate Soviet life.

However, the picture is more complex than just Russian domination. There were periods when the Soviet state followed a policy of what one might call “Great Russian” chauvinism, seeking to play up Russia’s leading role within the country. But at other times, the Soviet authorities encouraged the development of local national cultures.

The Ukrainian Soviet Socialist Republic, for instance, experienced prolonged periods of “Ukrainization”, during which the Soviet authorities encouraged the use of the Ukrainian language. It was also the Soviet Union that united Ukraine physically, by annexing Galicia from Poland. Ukraine owes much of its modern form to the Soviet Union.

The same could be said of other nations. Soviet linguists put enormous efforts into creating written languages for nations which had never previously had them. The Soviet state sponsored national schools and universities, unions of writers and artists, and other cultural institutions. In many instances, without the Soviet Union, the national cultures we take for granted today might not exist.

Colonialism is not just a matter of culture. It’s also an economic phenomenon. A colonial relationship is generally considered to be one in which the centre economically exploits the periphery for its own benefit, stripping it of resources and giving it little in return.

There are instances in which you might say that this model applies to the Soviet Union. For instance, the turning of the Uzbek economy into almost a cotton monoculture was not necessarily to the benefit of Uzbeks but suited the schemes of central planners in Moscow. However, these planners applied much the same principles to parts of Russia itself, creating, for instance, so-called “monotowns” dedicated to a single industry.

Moreover, it’s not obvious that the centre – i.e. Russia – was taking more than it gave. The Soviets invested very considerable funds in developing the economies of the non-Russian republics. For instance, the Baltic states were the beneficiaries of substantial Soviet investments, including in high technology industries, which helped make them the most prosperous part of the USSR prior to their independence.

Of course, they suffered from the inherent inefficiencies of the communist economic model, but so too did Russia. It’s hard to paint the economic relationship in the Soviet Union as a colonial one.

None of this is to say that the non-Russian members of the Soviet Union were better off in it than they would have been out of it. But the same goes for Russians too. They were all in together, and all suffered equally. Ukrainian, Moldovan or Baltic complaints that the Soviet Union was Russian colonialism redux are no more valid than Russian complaints that Soviet communism was imposed on them by Latvian riflemen and Georgian terrorists.

In short, equating the Soviet Union with the modern-day Russian Federation doesn’t make any sense. Nor does pretending that communism was just a different form of Russian imperialism. Although this narrative serves a political purpose, it’s not good history.