Home / WORLD / An EU army: The end of NATO or an unrealistic solo venture with little chance of success?

An EU army: The end of NATO or an unrealistic solo venture with little chance of success? 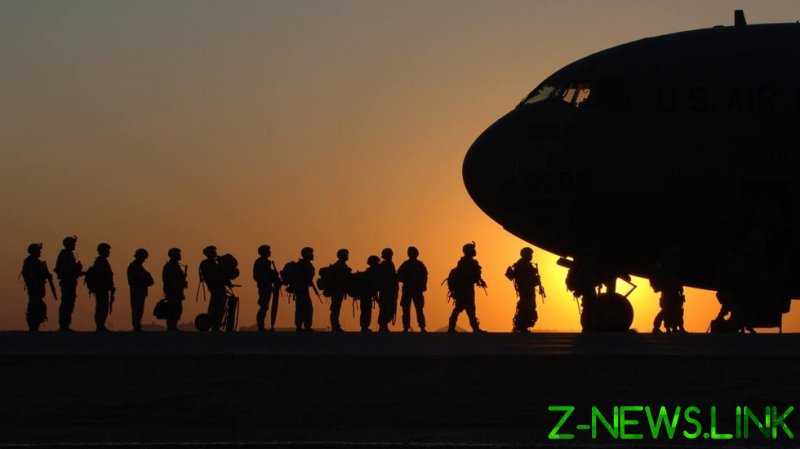 For over 25 years, ideas have been mooted in the EU about the creation of a European military force. But American officials have been understandably wary of Europe gaining strategic autonomy. To policymakers in Washington, the word ‘autonomy’ apparently conjures up images of its allies going their own way and pursuing policies that run counter to America’s interests.

When France and the UK developed joint defence initiatives back in the 1990s, the then-US secretary of state, Madeleine Albright, made it clear to Paris and London that any such programs should preferably be carried out under the auspices of NATO rather than outside of the alliance. In December 2000, then-US secretary of defense William Cohen dismissed the prospect of a European “defense capability” as a threat to NATO’s very existence.” “There will be no EU caucus in NATO,” he stated. NATO Secretary General Jens Stoltenberg reasserted that view  this week, in an interview with The Telegraph, opining that the formation of a united European force could “weaken NATO” and “divide Europe.”

To this day, Washington remains unenthusiastic about potential European strategic autonomy in the military domain. In 2019, the Trump administration sent a letter to the EU’s foreign affairs chief, Federica Mogherini, saying Washington was “deeply concerned” that approval of the European Defence Fund rules and the Permanent Structured Cooperation policy (by which 25 of the 27 national armed forces of EU Member States pursue structural integration) would “produce duplication, non-interoperable military systems, diversion of scarce defense resources and unnecessary competition between NATO and the EU.”

Like Albright and Cohen before them, Trump administration officials reminded European leaders that NATO – not the EU – is the unrivaled Western military alliance solely charged with preserving territorial integrity, freedom, and peace on the European continent.

While Washington is willing to support its European allies in building more effective armed forces and in taking greater responsibility for the continent’s defense, it will do so only if these efforts are carried out within a NATO framework – one that is entirely dependent on the United States. That is, the US is interested in boosting Europe’s defenses, but not to the point that the continent ceases to follow its lead.

It should be noted that, for now, no approved plan for the establishment of a joint European defense force has been made available for public scrutiny. In other words, the composition of any such force has not been determined, its peacetime and wartime strength has not been established, its organizational structure remains unknown, and there is no information on its possible deployment to various theaters of operation. This was confirmed by NATO Secretary General Jens Stoltenberg, who stated, “We have not seen any details.”

If the enterprise of building Europe’s own army is taken seriously, the one thing that would inevitably follow is the duplication of structures and the overlapping of efforts with NATO’s. For example, Europe’s joint armed forces would require a headquarters equipped with all the organizational units and departments; operational, intelligence and mobilization offices; communications offices; and other structures, right down to the military topographic department and the hydrometeorological service.

However, similar bodies are already present, to varying degrees, in NATO’s organizational structure. Which immediately raises this question: what, then, is the point of creating a parallel military command? If anything, this would significantly increase the number of administrative personnel. And if it is established, how exactly would the interaction be managed between the new European army and the existing North Atlantic Alliance? Who would be subordinate to whom, in what way, and on what issues?

Let’s assume the EU manages to establish a headquarters for its new army. The headquarters then begins to carry out its main functions, including strategic planning, which is a critical part of preparing any force to conduct military operations. Strategic planning is the process of developing a set of documents that define military objectives and the missions assigned to any force, including their content, the sequence of operations, and the methods to be used. They also cover the assets and resources necessary for the operations, the deployment and coordination of strategic armed groups, and the comprehensive support and management of these groups in order to successfully achieve the identified political objectives in the given military conflict.

This brings us, once again, to a contradiction: how would the activities of any European military command be reconciled with NATO’s of a similar nature? What is the point of duplicating efforts? And that’s just the tip of the iceberg. There are a host of similar issues when it comes to actually assembling armed forces and planning operations. Europe would also have to establish its own system of combat readiness and mobilization preparedness, operational competence and combat training, as well as solve the issue of technical equipment availability and logistics.

So far, we haven’t heard a single proponent of a European army address these issues – not even in detail, but just in general terms. Therefore, Stoltenberg was quite right when he said, “I welcome more European efforts on defense, but that can never replace NATO.”

And then comes the critical issue – NATO’s military might is largely down to the United States’ armed forces. We can compare NATO to our solar system, in which the Sun contains most of the ‘stuff’ – it accounts for 98% of the solar system’s mass. The same is true of NATO: the share of the US forces’ combat and operational capabilities, compared to other armies within NATO, is roughly the same.

The US’ dominance is particularly evident in such areas as intelligence (of all kinds) and nuclear missile attack early warning systems. Suffice it to say that more than half of the 2,000 orbital vehicles circling the Earth right now belong to the US. A European army capable of engaging in high-tech military operations is unthinkable without these critically important structural elements. Any sensible European politician is fully aware of that.

Besides, all organizational and other efforts involved in establishing a European army cost money – a lot of money, in fact. The project would require large-scale investment, while the outcome is questionable. It remains unclear where this money can be procured.

It’s very unlikely that EU’s initiatives in building a consolidated all-European army, comprising the armed forces of the entire continent, will go beyond forming rapid deployment forces. As we already know, the first practical steps to that end will be taken in November this year as part of the new European security concept, called Strategic Compass. This strategy, and therefore all the plans to form rapid deployment forces within the EU, are expected to be ratified and adopted in March 2022. Supposedly, the unit will comprise around 5,000 troops.

Finally, what does all of that mean for Moscow? Some in Russia’s political class believe it’s possible to use the existing disagreements between NATO member states to Moscow’s advantage, and others who believe NATO could be on the verge of a breakup. However, there is also ample evidence that none of these, or similar scenarios, is plausible, and it’s very unlikely that NATO will suffer any major shocks in the foreseeable future.