Among the Russian pretensioners marked by extremely high unemployment 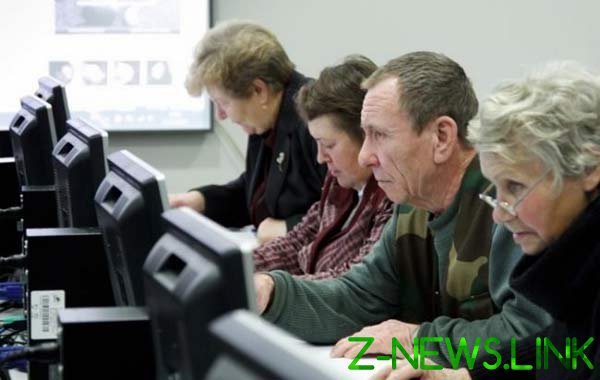 Among the Russian pretensioners marked by extremely high unemployment, and pension reform will not help

In Russia officially employed, only 40% of the 10.1 million citizens approaching retirement age, I find “news”, analyzing the statistics.

However, some of the 6 million disabled elderly people have finished work ahead of time or already can’t do because of a disability. Experts estimate the unemployment rate among pretensioners as extreme high and connect happens with the reluctance of employers to accept such officers and also with the prevalence of informal labour relations.

Data on the number of workers of the Russians of pre-retirement age contained in the letter of the Pension Fund of Russia (PFR) in the Fes, with which acquainted “Izvestia”. The document has information regarding the working men 1959-1963 birth and women 1964-1968 years of birth. According to the document, in Russia there are 1.8 million working men and 2.2 million women. In General the country’s population of 4.3 million men and 5.8 million women approaching retirement age – a total of 10.1 million people. Thus, formally employed, only 40% of citizens approaching retirement age. Among women this share is somewhat lower (38%), among men – higher (43%).

In a press-service PFR have confirmed the correctness of the data presented in the letter in the Fes. However, a member of the expert Council under the government of Alexander Safonov considers data on the number of unemployed can be an erroneous methodology do not belong to the unemployed people who have irregular earnings or living at the expense of children.

Age discrimination, some employees face starting from 45 years, since most employers consider outdated approaches and knowledge age workers. In addition, about 20-25% of pretensioner can be employed informally, including because the companies are not profitable to abandon the older employees, who have a great experience.

Additional difficulties for pretensioners create pension reform, at the end of the transitional period where the level of poverty of pretensioner will be 3.5-4.2 percentage points higher than in the absence of pension reform. By 2028 it will rise from 4.2% in 2018 to 7.3% in the moderate scenario and to 6.1% in optimistic. The deficit of the income of citizens approaching retirement age may also increase with 23% of the subsistence minimum of able-bodied population to 34-36%. The unemployment rate among citizens who are forced to stay in the labour market in connection with increase of pension age will reach 10%, while the number of unemployed close to retirement age is growing now.

To protect the interests of pretensioners that if they lose their jobs at risk to remain without pension and without a paycheck, the government has included additional safeguards, however, the efficiency benefits in terms of combating poverty is to decrease over time. It is noted that the maximum size of unemployment benefits by 2028 could reach only 69% of the subsistence minimum.