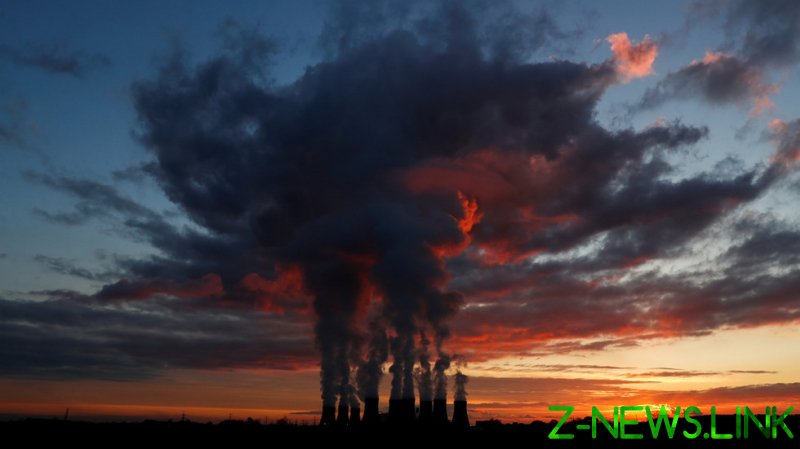 Renewable energy firm Drax describes its plant in North Yorkshire as a “purely renewable” facility, boasting that it has slashed its carbon dioxide (CO2) emissions by 90% since 2012. The plant burns biomass – pellets of compressed wood – and received £832 million ($1.13 billion) in direct government subsidies last year, on top of an estimated £258 million ($351 million) in carbon tax breaks.

Yet the energy generated at Drax is far from green, a new report by environmental think tank Ember claims. While the UK and EU consider biomass power “carbon neutral,” this assessment is based on the assumption that biomass emissions are offset by the planting of new trees.

This forest regrowth takes time, and the European Academies’ Sciences Advisory Council (EASAC) reported earlier this year that switching plants from coal to biomass – as was the case at Drax’ Yorkshire facility – would not cause any drop in emissions for at least three to five decades.

“Such technology is not effective in mitigating climate change and may even increase the risk of dangerous climate change,” the EASAC stated.

In the UK, wood burning plants like Drax’ currently spew out more CO2 than coal plants, including coal used in steel production. Drax is the country’s top emitter, releasing 13.3 million tons of CO2 into the atmosphere per year, compared to the entire coal sector’s yearly emissions of 10 million tons.

Data shows that Drax is Europe’s third-worst emitter of CO2, behind Germany’s Neurath and Poland’s Bełchatów coal plants. It is also Europe’s fourth-worst emitter of PM10 particulate matter, coming in behind three coal plants in Poland and Romania. It is the only biomass facility to rank in Europe’s top ten CO2 and PM10 emissions lists.

A Drax spokesman responded to Ember’s report by describing the think tank’s figures as “inaccurate and completely at odds with what the world’s leading climate scientists at the UN IPCC [Intergovernmental Panel on Climate Change] say about sustainable biomass being crucial to delivering global climate targets.” The company says that its carbon emissions are “biologically sequestered,” meaning they are technically counted as zero under the previously-mentioned EU and UK assumptions of forest regrowth.

However, critics suggest that the scientific consensus on “sustainable” biomass may soon change.

“Recent science demonstrates that burning forest biomass for power is unlikely to be carbon neutral – and there’s a real risk that it’s responsible for significant emissions,” Ember Chief Operating Officer Phil MacDonald stated. “Before the government spends more taxpayer money on biomass, we should make sure we know we’re getting the emissions reductions that we’re paying for.”