Home / WORLD / Amnesty International ‘upholds racism’ and its senior staff used the N-word, so why do its views still carry so much influence? 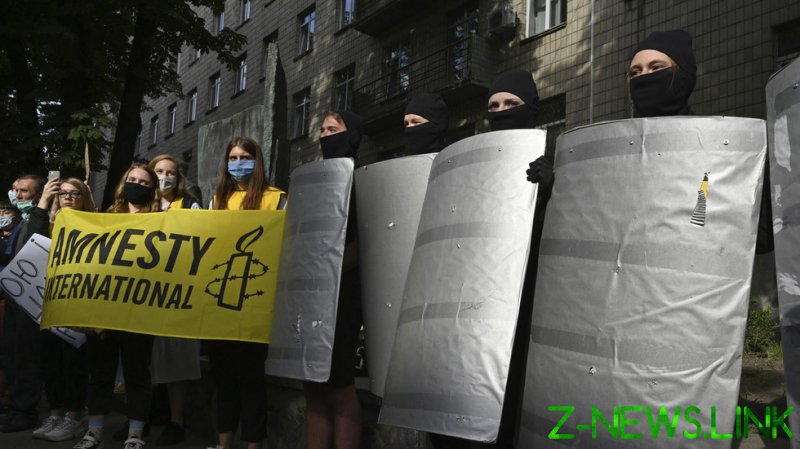 Truth hides in the darkness, if we go by the latest revelations surrounding Amnesty International

The human rights organisation, whose stated aim is “campaigning for a world where human rights are enjoyed by all,” decided not to release a damning internal report to the press. It somehow found its way to the back of the filing cabinet to gather dust.

But now it’s been released to the wider world, aided by a group of whistleblowers.

It’s beyond hypocrisy that an organisation which continually pumps out diktats calling for change decided to keep its own failings in-house.

As an example, in the past week alone, Amnesty has produced reports about where the death penalty is used, Japan’s refusal to pay damages to South Korean women forced into sexual slavery during World War II, an alleged alarming crackdown on human rights defenders in Republic of Congo, and a call for the Russian government to immediately stop the deportation of Tajikistani nationals detained during a peaceful protest.

There may be merit in these claims, depending on the information and veracity of whatever investigations were conducted.

But how can such a pious organisation deflect away from its own serious failings?

The report reveals accounts of senior staff using the N-word to address black people, and the P-Word for those of Pakistani heritage.

It goes on to state that anyone who complained was “labelled over-sensitive.”

Other things include staff being aggressive and dismissive of colleagues in the global south, which is a formal way of saying low-income countries.

A hypothetical example would be someone in London dismissing the opinion of a peer in Ghana as they are deemed as being from a ‘backward’ place.

The racism also extended to staff from ethnic backgrounds claiming they did not receive the same remuneration and promotion chances as white staff.

One of that group even went further: Katherine Odukoya, who worked at Amnesty International UK, added she felt the organisation was “hostile to blackness.”

Why didn’t Amnesty shout from the rooftops about these internal problems? How can you police human rights globally when your own shop is a sewer of discrimination?

The system has to change, as one wonders what else has been discreetly moved to where it won’t be seen. There could be all sorts of issues and situations that have been given the same silent treatment.

The report was produced in October 2020, and it’s only now that the world is hearing about it.

That’s an eternity in the digital age.

A similar stench of double-dealing lingers around Oxfam. They were humiliated when rampant sexual exploitation by staff was discovered to be happening in Haiti back in 2011.

The then-director of operations, Roland van Hauwermeiren, (who has since resigned) was said to have brought prostitutes to the villa rented for him by the charity.

Further allegations emerged of similar things happening in Chad as far back as 2006.

But last week Oxfam was back in the spotlight, as completely new allegations emerged of sexual misconduct and bullying in the Democratic Republic of Congo, with two staff members suspended.

Still, over the past month, Oxfam has made public statements criticising the UK government’s decision to cut aid to Syria, on the Saudi-led coalition in Yemen, and about Covid-19 vaccinations.

Again, the merits of these contributions are open for audiences to decide, but the issue is that the names of Amnesty and Oxfam carry weight. The mainstream media are generally strongly supportive of their views, and the public see them as ‘good’.

But it’s hard to square that with the horrendous deeds that are being reported. These are not one-off occurrences, they are systemic failings.

And if these venerated agents of change can’t police their own organisations, how can they be allowed to tell others what to do across the globe?

We have enabled certain groups to attain positions of public trust which they don’t deserve.

The idea of charity and human rights is, to most people, good or bad, true or false. It’s a binary landscape, and that’s why we need to torch it all.

There’s too much power and prestige in these hands of these organisations; they can throw a stone and it causes serious ripples for potentially millions of people.

Governments, faith leaders, and community groups all have to answer to them. But who are they answering to?

Judging by what we’ve seen over the past few days, nobody but themselves.

It’s time for a revamp of the humanitarian industry. The world has changed too much; there’s no longer a place for the narrative of doing good and being above meaningful reproach.

We need to put the genie back in the bottle and clean it all up.