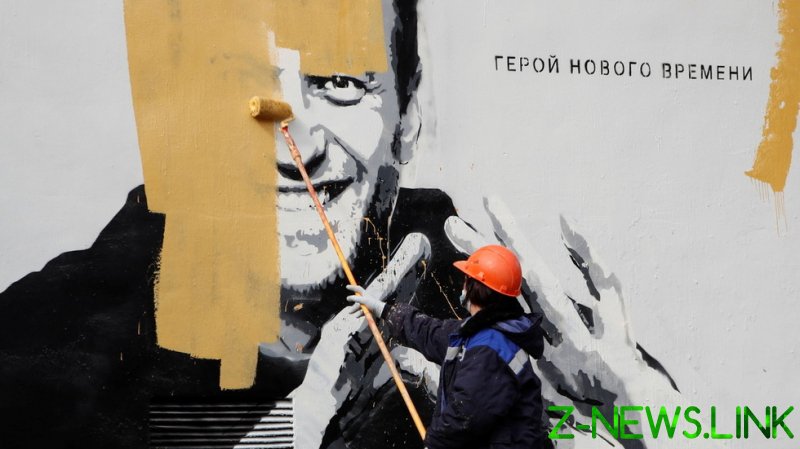 Navalny was “imprisoned for demanding a government that is free from corruption” and “the right to equal participation in public life for himself & his supporters,” Amnesty said on Friday, and therefore he qualifies as a prisoner of conscience – the designation the group has used for political prisoners who had committed no actual crime.

Amnesty claimed it had made an “internal decision” to stop using the term for Navalny in February, “due to concerns relating to discriminatory statements he made in 2007 and 2008 which may have constituted advocacy of hatred.”

However, they said, this was used by the “Russian government and its supporters” to “further violate Navalny’s rights.”

Faced with backlash, Amnesty officials profusely apologized to Navalny’s aide Leonid Volkov in a zoom call at the end of February, but said they couldn’t change the designation because that would make them look bad. Instead, they proposed to organize a “short, powerful, clear social media campaign” in favor of Navalny to “steer the conversation away” from the designation.

The only problem was they hadn’t been speaking to Volkov, but to the notorious duo of Russian pranksters, Vovan and Lexus.

Two months later, it appears Amnesty has figured out how to backtrack safely. According to the organization, they will no longer exclude people from being prisoners of conscience “solely based on their conduct in the past,” as they recognize people’s “opinions and behaviour may evolve over time.”

“It is part of Amnesty’s mission to encourage people to positively embrace a human rights vision and to not suggest that they are forever trapped by their past conduct,” they said in a statement.

When Amnesty designates someone a PoC, “this in no way involves or implies the endorsement of their views. Amnesty only concurs with opinions that are specifically consistent with the protection and promotion of human rights,” the group said. “Some of Navalny’s previous statements are reprehensible and we do not condone them in the slightest.”

In this way, Amnesty has disavowed Navalny’s racist comments, which included calling Central Asian migrants “cockroaches,” which he himself has never denounced – while continuing to support the activist against the government in Moscow.

Amnesty claims that Navalny “has not been imprisoned for any recognizable crime,” but the Russian courts have begged to differ. Navalny had been given a suspended sentence in 2014 for embezzling 30 million rubles ($400,000) from two companies, including the French cosmetics brand Yves Rocher. In January this year, he was ruled in violation of his probation and sent to serve out his sentence in a prison colony.

The blogger and activist is often dubbed by the Western press as an “opposition leader” despite polling in single digits. His aides and sympathetic media outlets had blamed Amnesty’s decision to revoke his status on a “smear campaign” by RT, without evidence.

Amnesty’s flip-flop on Navalny was applauded by professional advocates of Russian regime-change, such as former US ambassador to Moscow Michael McFaul.

It was also criticized as caving in to Western political agendas and turning a blind eye to bigotry. Among those who said so was Erik Sperling, a former Democrat staffer who now heads a progressive foreign policy nonprofit called Just Foreign Policy.

“Great now do this for Julian Assange too, otherwise you look like an unprincipled NATO tool,” tweeted journalist Mark Ames.

While Amnesty International has urged the US to drop the charges against the WikiLeaks co-founder and opposed his extradition on account of likely human rights violations, its UK chapter has explicitly stated it “does not consider” Assange to be a Prisoner of Conscience, in a letter to the Julian Assange Defence Committee (JADC) on May 17, 2019.

Four days earlier, Amnesty International’s deputy director for research for Europe, Massimo Moratti, had called Sweden’s bogus rape charges against the publisher something that “should always be treated with utmost seriousness.” Assange had already been arrested the month prior, after Ecuador revoked his asylum – reportedly under US pressure – and jailed on US espionage charges. Sweden dropped its investigation in November that year, for lack of evidence.