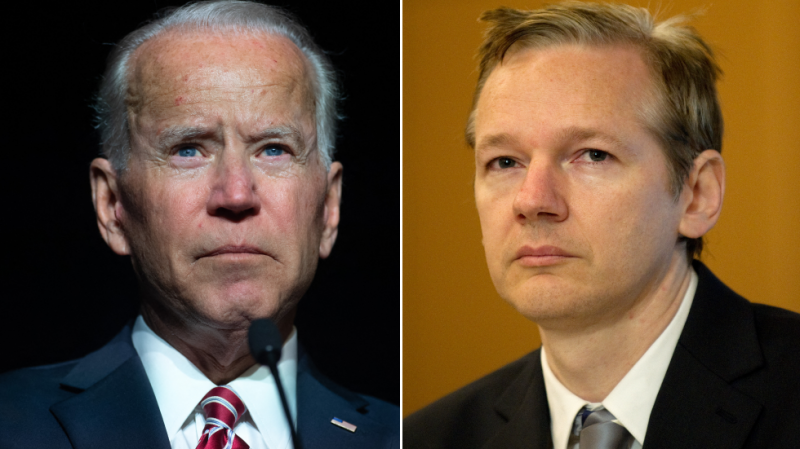 In a statement ahead of Wednesday’s Royal Courts of Justice appeal hearing – where the United States government will attempt to appeal a UK judge’s decision in January not to extradite Assange – Amnesty International’s Europe Director Nils Muižnieks urged Biden to drop the charges.

“This attempt by the US government to get the court to reverse its decision not to allow Julian Assange’s extradition on the basis of new diplomatic assurances, is a blatant legal sleight of hand,” declared Muižnieks. He said that given the US “has reserved the right to keep Julian Assange in a maximum security facility and subject him to Special Administrative Measures,” its diplomatic assurances to do otherwise “are inherently unreliable.”

Muižnieks called on the court to dismiss the US government’s appeal and also called on Biden to “drop these politically-motivated charges which have put media freedom and freedom of expression in the dock.”

Highlighting how former President Barack Obama opened the government’s investigation into Assange, and how former President Donald Trump subsequently decided to bring charges against the WikiLeaks founder, Muižnieks urged Biden to finally “do the right thing and end this farcical prosecution which should never have been brought in the first place.”

Judge Vanessa Baraitser ruled on January 4 that Assange – an Australian citizen who is charged with espionage for publishing leaked classified documents – could not be extradited to the US, citing mental health concerns and the high risk that the American justice system could not prevent his possible suicide behind bars.

In a statement on Friday, Assange’s fiancé Stella Morris explained that the US government “will re-run arguments that have already been settled by two previous judges, including a very senior High Court judge” and that “it seems unlikely that the judges on Wednesday will reach a different conclusion.”

“Wednesday’s hearing is therefore particularly vexatious,” she said, claiming that the “ultimate strategy by the US government is to try to get the court to dismiss important evidence” about Assange’s mental health and “game the British legal system.”

A protest against US attempts to extradite Assange is set to take place outside the Royal Courts of Justice in Strand, London, on Wednesday.

Assange has been imprisoned at HMP Belmarsh, one of the UK’s most notorious maximum-security prisons, since April 2019 after police arrested him at the Ecuadorian Embassy in London, where he had been seeking refuge since 2012.

His mental and physical health has reportedly deteriorated considerably in Belmarsh, where he remains despite not having been found guilty of any crime. The prison has housed some of the UK’s most infamous and dangerous criminals, including several high-profile terrorists, serial killers, and rapists.

The UN’s Special Rapporteur on Torture, Nils Melzer, has called Assange’s incarceration “one of the biggest judicial scandals in history” and “the story of a man being persecuted in our part of the world for having told the truth.”