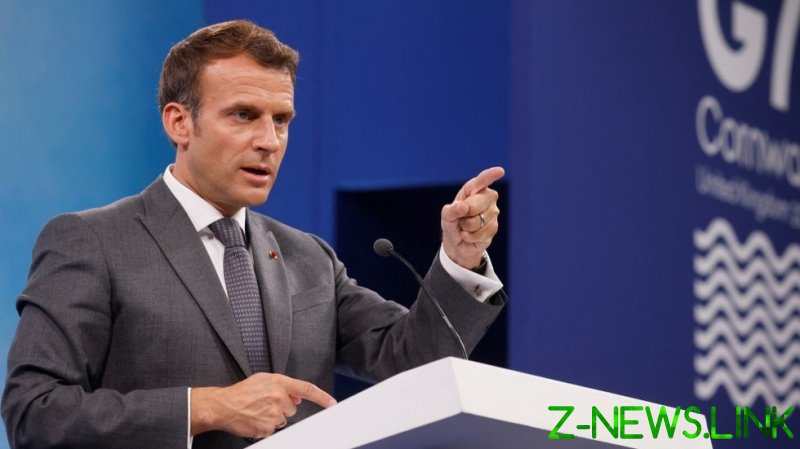 “My wish is that we succeed collectively in putting into action what we signed several months ago,” Macron told a press conference after a meeting of G7 leaders on Sunday. “Let’s not waste time with controversies that are created in corridors and backrooms.”

Presumably, the controversy Macron referenced was partly his own creation. Earlier during the G7 summit, he reportedly suggested that Northern Ireland was a separate entity from the UK.

The Brexit deal considers the Irish Sea, which separates the British mainland from the island of Ireland, to be the trade border between the EU and UK, and mandates checks on goods crossing the water. British Prime Minister Boris Johnson has promised “free and uninterrupted” trade across the sea, while officials in Brussels have urged the UK to clamp down and perform more inspections.

The dispute has been dubbed the “sausage war”, due to the central role chilled meats play in the debate. As the EU prohibits the importation of sausages and other chilled-meat products from outside the bloc for health reasons, Brussels could disrupt the flow of goods between the UK and Northern Ireland when a grace period ends on June 30.

Johnson reportedly rebuked Macron during the G7 summit, supposedly asking the French leader how he would feel if French courts stopped him from moving sausages from Toulouse to Paris. British Foreign Secretary Dominic Raab later stated that he considered Macron’s words “offensive”, and called on the French president to show “a bit of respect” for Northern Ireland, which has arguably borne the brunt of Brexit uncertainty more than mainland Britain.

Speaking about Johnson’s sausage comments, Macron told reporters, “On this subject, we need to stay calm,” before joking, “We have in France many towns, regions, and protected appellations where we make sausage. We’re proud of it, and we love it.”

While Macron described the “sausage war” as something cooked up “in corridors and backrooms”, the fact remains that the EU still considers the UK as violating the Northern Ireland Protocol, which is part of the Brexit deal, and European Commission Vice-President Maros Sefcovic warned London last week that the bloc is ready to “suspend co-operation in certain sectors” if the UK doesn’t implement the required checks on sausages, and other goods, between the UK and Northern Ireland.