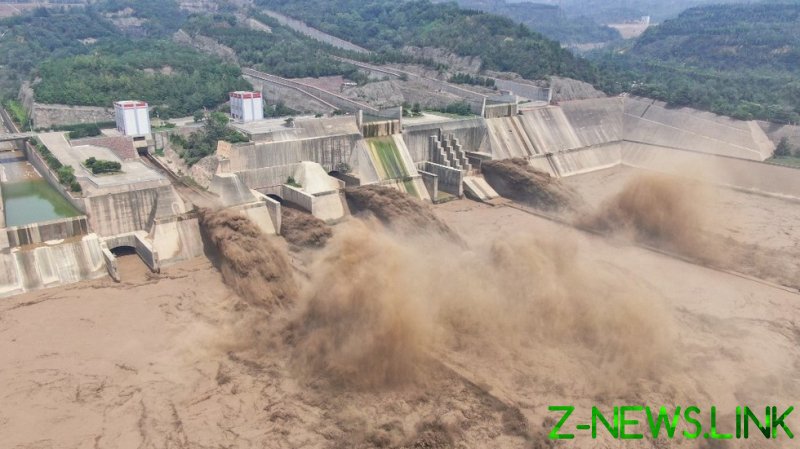 Heavy rain and rising floodwaters overwhelmed Henan province in central China on Tuesday, flooding subway stations in the city of Zhengzhou and washing vehicles off the road. By Tuesday night, however, the nearby city of Luoyang and its seven million inhabitants faced an even more sobering threat: the collapse of the Yihetan Dam, which holds back the waters of the Yellow River from the city.

China’s People’s Liberation Army (PLA) announced on Tuesday that “a 20-meter breach” occurred in the dam, and that the entire structure “could collapse at any time.” In a post to Weibo, a Chinese social media platform, the PLA said that troops had been sent to blast the dam and divert floodwaters.

Photos shared by the Shanghai Daily news site show some of what it reported as “20,000 soldiers and armed policemen” deployed to Yihetan and another dam in the province to prevent further flooding.

Flooding is common during China’s rainy season, yet the country’s rapid development in recent decades has seen a glut of dam building, and as a result rivers that once drained into flood plains have been diverted.

Two dams collapsed on Monday in China’s Inner Mongolia, flooding more than 20,000 hectares of land and washing away dozens of bridges and culverts. Some 16,000 locals were affected, Global Times reported, with many forced to evacuate.

At least 12 people were killed and around 100,000 evacuated in Zhengzhou City, the state-owned People’s Daily reported on Tuesday night.