Amid protests & ahead of upcoming election, Israeli PM Netanyahu pleads not guilty to corruption charges 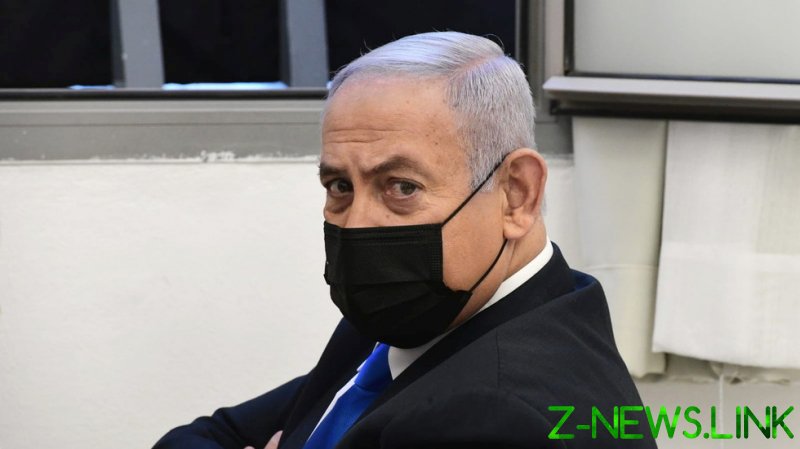 During his second appearance in court since May, and just over a month before the 2021 Israeli legislative election, Netanyahu confirmed his written plea of ‘not guilty’ for charges that include passing regulatory favors for a company in exchange for positive news coverage.

Last year, Netanyahu claimed that the purpose of the corruption trial was to “depose a strong, right-wing prime minister, and thus remove the nationalist camp from the leadership of the country for many years,” though many Israelis argue that the leader is no longer fit for office.

Protesters flocked to Netanyahu’s official residence on Saturday to protest the prime minister, calling for him to resign over the corruption charges and his handling of the Covid-19 pandemic. Similar rallies have been held in Israel for months now. Netanyahu has called the protesters “anarchists,” and his son Yair mocked them as “aliens” back in August.

Netanyahu is charged with fraud and breach of trust for allegedly receiving frequent gifts, including expensive champagne and cigars, from billionaire Hollywood producer Arnon Milchan and Australian billionaire James Packer — who previously had business and personal connections to the Church of Scientology. Despite accepting the gifts, Netanyahu is alleged to have “acted for the benefit of Mr. Milchan as part of his official roles” for several years.

The Israeli PM is also charged with fraud and breach of trust for a series of meetings he had with newspaper publisher Arnon Mozes, during which he allegedly spoke about interfering against Mozes’ media rivals in exchange for positive news coverage; and is charged with fraud, bribery, and breach of trust for allegedly using his position to help businessman Shaul Elovitch – also in exchange for positive news coverage.