America’s ruthless ‘war on terror’ is what made it lose Afghanistan years ago, former Afghan president Karzai tells RT 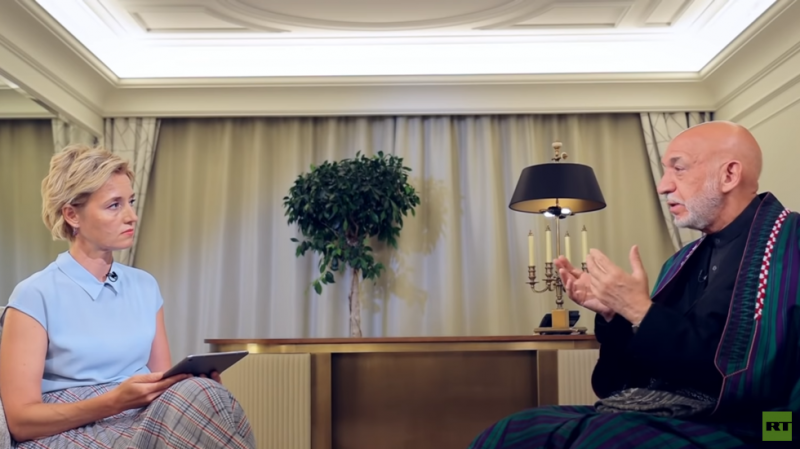 The invasion of the US-led coalition in Afghanistan back in 2001, after the tragedy of 9/11, was welcomed by a significant part of the Afghan population that wanted to free themselves from “extremism and violence” of Taliban rule, Karzai said.

The support of the locals was one of the factors that led to America’s “immediate success” in its war against Taliban. “We began to look forward with tremendous hopes,” the former Afghan president said. Yet, these hopes were dashed by the US troops and the way Washington conducted its ‘war on terror,’ he believes.

The US actions also shattered all hope for political reconciliation during the times that his own government was in power, Karzai recalled. He explained that his cabinet gave many former Taliban fighters a pardon and that had convinced them to settle down and start a new, peaceful, life.

“Then, the US suddenly began to attack the Taliban homes and attack villages – and they forced them to flee the country. It was this violence against the Afghan people in the name of fighting the Taliban that led me to calling the Taliban our brothers,” the former president said.  “Things went wrong. They began to re-emerge and the part of the population went with them.”

Now, as the US is about to fully withdraw from Afghanistan, Karzai believes that the only way forward is to talk to Taliban even though their terrorist activities cannot be simply forgotten. Afghanistan urgently needs a government that would have authority over the whole country, the ex-president said. If this is the case, all the threats that Afghanistan itself and the nations in the region are facing would “automatically go away,” he believes.

Karzai no longer pins his hopes for Afghanistan’s future on some “distant superpowers” like the US. Instead, he says, Kabul needs to understand the value of its geostrategic location and use it to “promote confidence and trust between our neighbors and major powers in the region” like Russia, India and China, and have them as “allies for stability.”