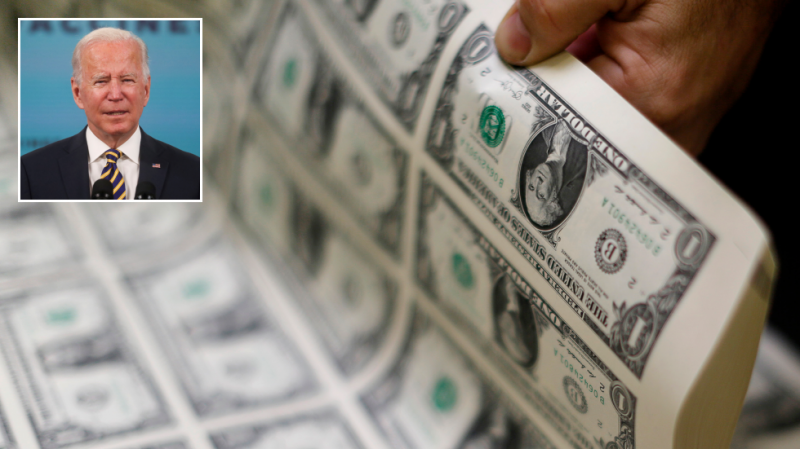 By turning the dollar into a political instrument, he said, Washington is undermining its own currency. Far from an outsider opinion, this is a view long shared by quite a few Western experts and politicians as well.

The mechanism of that self-damaging American strategy is as complicated as American bureaucracy gets, spiked with acronyms and jargon. But its core is simple: After WWII, the dollar rose to become by far the most important global reserve currency, beating potential competitors such as the franc (and later the euro), the Japanese yen, and the British pound. With an estimated 60% of foreign exchange reserves worldwide still held in dollars, the US benefits in various ways.

Put differently, when decreeing primary sanctions, the US government interferes with economic relationships between Americans (or those tied otherwise to US jurisdiction) and others; when adding secondary sanctions, Washington coerces others by unilaterally expanding its jurisdiction far beyond its territory, even when their activities are perfectly legal as far as their own governments are concerned. Think of a playground bully, announcing he won’t play with Russia or Iran anymore, for instance, and then also threatening to beat up anyone else who continues to play with Russia or Iran.

And make no mistake: Although there is some confusion about them, secondary sanctions are not about sanctioning activities that have the specific purpose of breaking primary US sanctions – for example, by masking transactions. Instead, secondary sanctions, in the correct – and very real – sense of the term, are meant to punish those who are engaged in ordinary, principally legitimate business with the primary sanction target.

As counter-intuitive as it may sound, in terms of international law, this behavior is dubious, but not necessarily or unambiguously illegal, which makes it even harder to oppose it effectively.

In practice, secondary sanctions can only work because of the dollar’s special power. The main threat behind them is to restrict access to the US economy, and especially financial markets, which is usually decisive, as recent history has shown. Since they were first used on a large scale against Iran in 2010, secondary sanctions have become only more popular among US policymakers, striking targets in, for instance, China, Russia, and Syria. Even in a case where the reach of secondary sanctions is unclear, that fact alone is enough to do crippling damage, as the case of Venezuela shows.

In general, the US has been cavalier with the use and threat of sanctions, by, for example, targeting the chief prosecutor of the International Criminal Court or, for a while, the German-Russian Nord Stream 2 pipeline project. Such actions, no matter which part of the American government they emerge from, leave a bad taste internationally. Clearly, here’s a country that cannot be trusted to exert reasonable self-control. That may not be news. But why rub it in time and again?

At the same time, until now, Iran has remained the target of the preponderant share of secondary sanctions, with a massive escalation following America’s sabotaging of the 2015 JCPOA nuclear agreement with Tehran by abandoning it in 2018, both unilaterally and without acceptable reasons.

In essence, the message from then-president Donald Trump to Iran was simple: You abide by our common agreement, but we won’t, because we have changed our mind and decided that, actually, we want much more; and then you get sanctioned. In addition, the US also made it clear that it didn’t care what the other participants in the JCPOA thought, or how the UN saw the whole affair.

Rather rogue, really, if you think about it. But, then, the US elite seems genuinely unable to apply consistent standards to itself: Seen from Washington, it’s a rule-bound international order, until the rules fail to please the US. Call it imperial-narcissist cognitive bias if you wish.

What made this policy of “maximum pressure” – and unreliability – against Iran even more damaging were precisely the secondary sanctions. While always highly problematic, there has been a clear uptick in international criticism after 2018, especially from the European allies of the US. Moreover, criticism has come from otherwise reliably pro-American quarters. For instance, the German Handelsblatt – a reliable pillar of free-market ideology, private property conservatism, and Atlanticism – featured an op-ed not only predicting the end of “dollar dominance” but welcoming it.

By now, even the New York Times has called what US governments, whether under Trump or Biden, are doing with the dollar “weaponization” – a term usually reserved for Russia, and never meant kindly.

The EU, meanwhile, has not ceased complaining about America’s approach. It has even tried to build an “anti-coercion instrument” to shield its companies from US overreach. While not yet very effective, the idea has not died, either. The EU’s foreign policy chief, Josep Borrell, has openly declared that the role of the euro should be expanded to preempt more pressure from secondary sanctions.

In particular, EU-Europeans are worried about being squeezed in a geopolitical vice between Washington and Beijing. For the EU, dependent on exports and interested in investments, that would be a catastrophe.

Where will all of this end? In the emergence of a new, multipolar reserve currency order, as some critics of unipolar dollar dominance recommend? Maybe including crypto currencies, as Putin also seemed to hint – not for now, but perhaps the future? Changes in America’s posture and practices – that is, an intelligent recalibration of US power that would achieve more in the long run by being less aggressive in the short run?

We don’t know, and it would be unwise to simply extrapolate current trends. In other words, the Russian president and many Western experts and EU politicians are right: The increasingly reckless use of the dollar’s special position to bully not only opponents but also allies is undermining precisely that special position. Yet that does not mean the ultimate outcome of this process is preordained – it could stop or continue until the dollar loses its preeminence.

What we do know is that it would be foolish of the US – or any other nation – to dismiss the possibility of wide-ranging change. Decades ago, Valéry Giscard d’Estaing, a French finance minister (and later president), called the dollar’s leading role an “extraordinary privilege.” That may no longer apply anymore, but there is little doubt that the US is still profiting from its currency’s power.

Yet what is this privilege, extraordinary or less so, now based on? Ben Bernanke, former head of the Federal Reserve, has given a straightforward answer: At this point in history, mostly “inertia.” Not much fancy theory there. In essence, we are used to paying and charging dollars, and know that others are used to doing so, too, which creates “network externality,” or, put simply, the benefit of reliably sharing a code.

It’s a tradition, in other words. A tradition with high stakes that give it staying power, perhaps a little like an established religion in that respect. But, on the other hand, the lack of foresight shown by the US in misusing its power in this field has already led to much heretical thinking: What if we did things differently?

It’s a Hegelian cunning of history that it is the overbearing US itself that is eroding the inertia – that is, the traditional acceptance of its predominance – on which much of its power rests.