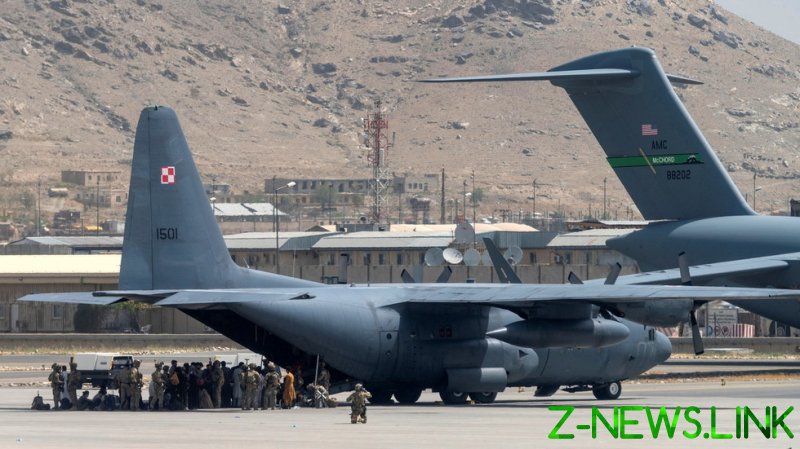 Nikolai Patrushev, the secretary of Russia’s Security Council, told Moscow’s Izvestiya on Thursday that the previous Afghan government, headed by Ashraf Ghani, was not saved by its friendly ties with Washington. According to him, the overthrown pro-American regime in Kabul didn’t benefit from the fact that Afghanistan was one of the main US allies outside NATO. He went on to say that Ukraine, which positions itself similarly, could encounter a similar fate.

“The confidence of the military and political leadership of the Americans and their allies that they fully controlled the situation in Afghanistan led to ignorance and underestimation of the real situation,” Patrushev said.

“Ordinary Afghans are paying the price for Washington’s mistakes. American and European troops are evacuating military personnel and citizens of their states, while the Afghans who collaborated with them are mostly being left to their own devices.”

He said the situation has parallels with the one Kiev finds itself in, “where Washington has brought [the government] to power and continues to find support for it.”

“The US is pumping this country with weapons Americans themselves don’t need and closing their eyes. But, in fact, they are supporting burgeoning neo-Nazism, the growth of extremism, crime, drug trafficking, interethnic and sectarian strife.”

“At the same time, Kiev obsequiously serves the interests of overseas patrons, striving to enter NATO,” he argued. “But was the ousted pro-American regime in Kabul saved by the fact that Afghanistan had the status of a US ally, while not being part of NATO?”

“A similar situation awaits supporters of the American choice in Ukraine. Where neo-Nazis are capable of coming to power, the country is heading for disintegration, and the White House at some point will not remember its Kiev supporters,” Patrushev said.

Ukrainian President Volodymyr Zelensky has expressed frustration in recent weeks after a series of run-ins with US President Joe Biden left little hope that the Democratic Party politician would finally support Kiev’s long-desired accession to NATO. “Very wrong things are happening,” Zelensky raged, saying that “we are in danger right now, our independence is at stake right now, and it is now that we need help.” The comments came after the White House issued a categorical denial, refuting Kiev’s claims that Biden had offered Zelensky a plan on how his country could become a member of the US-led bloc.