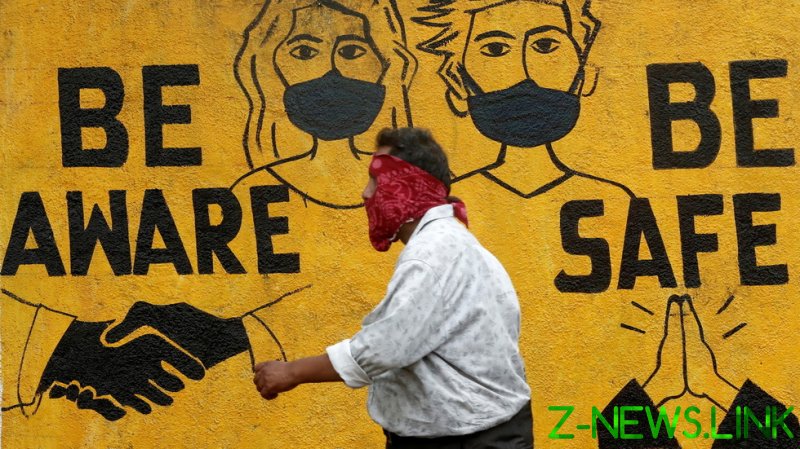 Americans with more power and connections than sense have rushed forward over the last year, attempting to seize the right to ‘fix’ a society broken by shockingly stupid responses to the Covid-19 pandemic. Entire generations are being rendered suicidally depressed, unemployable, hopelessly alienated, and worse, while the likelihood that the current generation of children will mature into functional adults is rapidly shrinking. There is no one-size-fits-all solution for such a heterogenous population, and this moment calls for an unprecedented degree of creativity and imagination if we are to survive as a society.

So why are those most victimized by this system running into the arms of the same crew of unimaginative, solipsistic sociopaths who have repeatedly wrecked society in the first place? Whether it’s the ‘too-big-to-fail’ banks who asset-stripped the American middle class in 2008, overloading the country’s already fragile social safety net and driving a stake through the heart of the once-achievable American Dream, or the World Economic Forum, a breeding ground for selfish and self-interested corporate hacks who just want to fly their private jets in peace with the option to lecture the ground-bound hoi polloi on their carbon usage, those who’ve put themselves in charge are precisely the wrong ones for the job.

Indeed, the WEF – whose conveniently-timed book Covid 19: The Great Reset surfaced just in time to be seized upon by world governments as a supposedly better-than-nothing playbook for lifting humanity out of a mess even its writers admitted wasn’t nearly as disastrous as it seemed – was the first to claim experimental sovereignty over the poor unfortunates its leaders consigned to misery. Acknowledging they were putting humanity through the largest psychological experiment in history, one which technically violates the Geneva Convention and Nuremberg Code given that informed consent from its experimental test subjects was never obtained, is perhaps the worst possible messiah substitute to lead humanity into a brighter future.

Certainly, no one elected the WEF to guide Americans through the troubled times its members have largely created. The US is trapped in an identity crisis, crushed between the media establishment’s portrait of Our Democracy™ having narrowly escaped orange-tinted fascism and a newly-inaugurated administration that literally admitted to stealing the election on the front cover of Time Magazine. Joe Biden’s administration has claimed for itself the right to ‘Build Back Better’, its plagiarism-prone president once again ripping off his battle cry, this time from the World Economic Forum itself. A scriptwriter who submitted such an on-the-nose screenplay to their producer would be fired on the spot, yet Americans are expected to live with it.

Far from ushering in a golden age of democracy, Biden and his henchmen have held the reins of power in Washington for decades, bringing nothing but suffering to the American people. Despite his cabinet’s swaddling the iron fist of neoliberalism in warm fuzzy buzzwords like “inclusion” and “sustainability,” Biden himself is in large part responsible for the Patriot Act, which stripped American citizens of their most important constitutional rights. He also authored the 1994 crime bill that set up mandatory minimum sentencing for minor drug infractions, funneling tens of thousands of mostly black men into lifetime prison sentences. While he’s finally admitted the latter was a “mistake,” he nevertheless tried to dodge responsibility for having written the disastrous legislation by blaming individual states for how they implemented it. Expecting him to lead Americans into a bright new future is like expecting immaculate table manners from a starving grizzly bear.

Barely unable to keep from gibbering and squealing about a proposed new plan to tackle “domestic extremism,” Biden and his diversity all-stars – whose diversity stops at skin level as they march in ideological lockstep – are as much a menace to American society as the WEF member corporations pulling their strings behind the scenes. Americans seem helplessly caught in the vicious cycle of an abusive relationship, unable to flee the “devils they know” despite full awareness they will come away from their next encounter with a black eye (or an empty bank account, or utter social collapse). Embracing the WEF’s ‘Great Reset’ – a future of “fusion of our physical, digital and biological identity,” according to the organization’s founder Klaus Schwab, who further clarified this involves technology that can “intrude into the hitherto private space of our minds, reading our thoughts and influencing our behavior” – is perhaps the worst possible future humanity could enter. Yet we are sleepwalking into precisely this outcome, unaware that we have any other options.

Even as Americans emerge from the fear-based fog that has consumed them for the better part of a year, they’re still – whether they know it or not – following the directions of the same class of authority figures that led them into this mess in the first place. But these figures have no idea what they’re doing any more than those who are merely following their “leaders” out of habit. Why, having suffered so under the leadership of these utterly worthless figures, would they continue to follow? There is no precedent among the current generation for the economic collapse that has seized the US and no evidence that the WEF, or a wildly incompetent presidential administration, or corona czar and resounding failure Dr. Anthony Fauci, have any idea what to do about it.

At this point, diverging from the dysfunctional and downright deadly paths forged by these repulsive figures is not even a matter of making the right choice – it is a matter of survival.