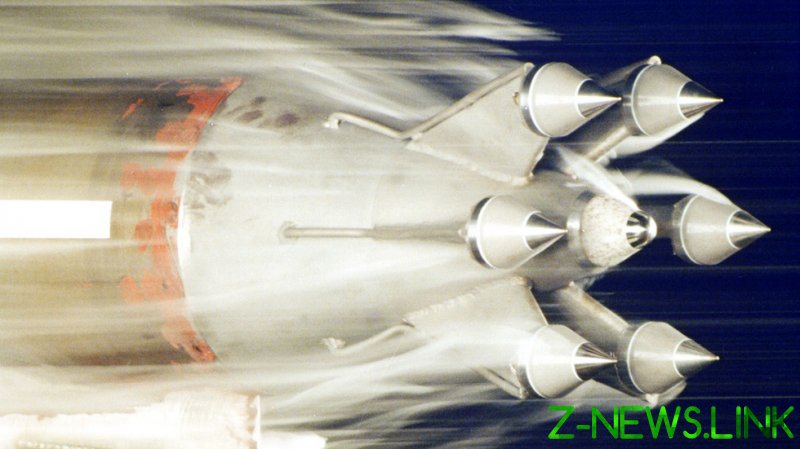 The announcement could not come at a worse time for the United States – on the heels of media reports about the successful Chinese test of a hypervelocity vehicle – the US Air Force announced that a planned test of America’s own hypervelocity weapon failed because a booster rocket carrying a hypersonic glide body failed to launch. While this failure served to provide embarrassing headlines, the small print in the Air Force press statement pointed to a different reality. “The booster stack used in the test was not part of the hypersonic program,” the Air Force declared, “and is not related to the Common Hypersonic Glide Body. The missile booster is used for testing purposes only.”

In short, there was no failure of the hypervelocity weapon itself, simply supporting technology that had nothing whatsoever to do with the overall viability of the American program. Indeed, just prior to the failed Air Force test, the US Navy conducted a series of successful tests which “demonstrated advanced hypersonic technologies, capabilities, and prototype systems in a realistic operating environment.”

The reality is that the American hypervelocity weapon is on track to be deployed as early as 2023. The core of this weapon is the unpowered Common-Hypersonic Glide Body(C-HGB), capable of flying at speeds more than Mach 5 (five times the speed of sound, or 3,836 miles per hour) at ranges greater than 1,700 miles. The C-HGB has been successfully tested on numerous occasions, impacting within six inches of its desired target. The Department of Defense is seeking to deploy at least two variants of the C-HGB, a ground-launched version to be used by the US Army, and a sea-launched version for the US Navy. What differentiates the two systems is the method of initial launch.

As things stand, it looks like the US Army will field a hypervelocity weapon before the Navy does. The Army’s version, known as ‘Dark Eagle’, is in the final stages of development and an Army artillery unit stationed at Joint Base Lewis-McChord in Washington State has already begun taking possession of the missile launchers and other support equipment. Training will shortly begin on perfecting the tactics, techniques, and procedures used to employ the missile in real-world scenarios. The Army will be employing ‘Dark Eagle’ in artillery batteries of four launchers each, with each launcher carrying two missiles. The launchers and missiles are designed to be transported on board US Air Force aircraft such as the C-17 and C-130, both of which are capable of operations on unimproved landing strips, enabling ‘Dark Eagle’ to be rapidly deployed to remote locations throughout the Pacific.

It is an open secret that ‘Dark Eagle’ is intended to be used against the Chinese threat. While the underlying hypervelocity technology may be sound, the concept of operations behind its employment leave much to be desired. Missiles don’t magically arrive at their target on their own. The purpose of the ‘Dark Eagle’ system, according to the US Army, is “to defeat time-critical, heavily defended, and high-value targets,” taking advantage of its high speed to “engage fleeting targets.” The task of providing command and control for ‘Dark Eagle’ operations falls to the Battery Operations Center, equipped with an AFATDS (Advanced Field Artillery Tactical Data System) which “prioritizes targets received from various sensors and performs attack analysis using situational data combined with commander’s guidance” to provide “timely, accurate and coordinated fire support options” against “preplanned and time-sensitive targets.”

The key aspect here are the “various sensors” used to collect the data necessary to guide the ‘Dark Eagle’ to its target. According to the Pentagon’s developing war plan against China, set forth in what is known as the Pacific Deterrence Initiative, or PDI, hypersonic missiles like the ‘Dark Eagle’ system are expected to play a central role in any conflict with China. The PDI calls for significant investments in the kind of specialized sensors necessary to make ‘Dark Eagle’ a viable weapons system, including $2.3 billion to launch “a constellation of space-based radars (SBR) with rapid revisit rates” and $206 million for “specialized manned aircraft to provide discrete, multi-source intelligence collection requirements.”

SBRs would provide continuous surveillance of surface mobile targets using ground moving target indicator capabilities like those found on the Global Hawk drone currently operated by the US Air Force. SBRs can be deployed in either low earth orbit (LEO) or mid-earth orbit (MEO) modes of operation. Depending on the mode of employment chosen, the size of the antenna used on an SBR could range from nearly 60 meters in length to over 320 meters – in short, the SBR is, itself, a very large target.

Taking out an SBR ‘constellation’ would be no problem for existing Chinese anti-satellite capabilities, built around the SC-19 anti-satellite weapons. The SC-19 is carried on several dedicated DF-21 mobile missile batteries. The DF-21, a medium-range ballistic missile, would loft the SC-19 into space, where it would maneuver toward its target – in this case, the very large and vulnerable SBR – and destroy it by ramming into it. If the SBR constellation is taken out, the Dark Eagle has no eyes – it becomes little more than expensive junk deployed somewhere in the Pacific.

The ‘specialized manned aircraft’ mentioned in the PDI is most likely a reference to an upgraded version of the existing E-8 JSTARS (Joint Surveillance Target Attack Radar System) that will remain in service until the Air Force can field its follow-on Advanced Battlefield Management System, or ABMS. ABMS recognizes the lethality of the modern battlefield, and the risks associated in relying upon a single, vulnerable mode of information collection, such as the SBR, by employing a “system of systems” of aircraft such as MQ-9 drones, space assets, an “attritable layer” composed of cheap unmanned aerial vehicles that can readily be replaced.

‘Dark Eagle’, however, will enter operation in 2023, long before the Air Force ABMS even gets off the drawing board, let alone deployed as a viable combat system. The upgraded JSTARS will serve as the primary air-breathing (i.e., non-satellite) target acquisition and battlefield management system used to support ‘Dark Eagle’ operations. While JSTARS may have a successful track record operating in low- or no-threat environments such as Iraq and Afghanistan, its survivability factor in any modern combat environment is nil. One only need look at the fate of the Global Hawk drone shot down by Iran over the Strait of Hormuz to comprehend what would happen to the JSTARS in a contested environment such as would be expected in any confrontation between the US and China.

The US Navy plans on deploying its hypervelocity weapon, known as the Conventional Prompt Strike (CPS) weapon, on board select destroyers in 2025, and submarines in 2028. The CPS, like ‘Dark Eagle’, will be limited by its ability to receive and process real-time target intelligence. This, more than any technological shortcomings in US hypervelocity weapon technology, is the Achilles heel of the US hypervelocity weapons program – the gulf between technological capabilities and practical applications is so broad as to make the weapon virtually useless against a peer-level foe like China and Russia, and the cost of the weapon makes it impractical to use against lesser potential opponents, such as Iran, Syria, and non-state terrorist actors. The American hypervelocity weapon, whether deployed as the ‘Dark Eagle’ or CPS, will more than likely remain a hangar-queen, something that looks good in peacetime, but which cannot measure up to the realities of modern war.