Home / WORLD / America’s evacuation of troops from Afghanistan looked more like a ‘downright escape’ than a ‘hasty withdrawal,’ Putin says

America’s evacuation of troops from Afghanistan looked more like a ‘downright escape’ than a ‘hasty withdrawal,’ Putin says 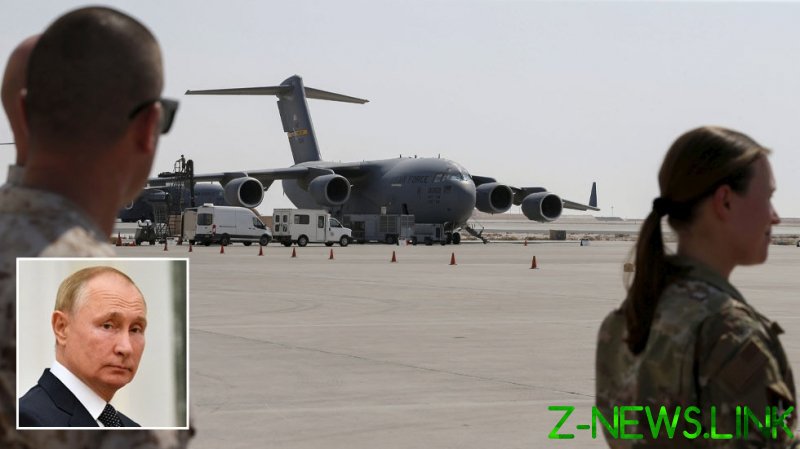 Putin was speaking at a meeting of the Shanghai Cooperation Organisation (SCO), a group of eight countries, including China and India.

“The urgent task facing our organization is to pursue a single and coordinated policy based on the assessment of serious risks related to the mounting tensions in Afghanistan following the hasty withdrawal – or more like a downright escape – by US and NATO troops from the country,” Putin said.

Three SCO members – Pakistan, Uzbekistan, and Tajikistan – share a border with Afghanistan, so coordination between the alliance on this subject is deemed to be essential.

The president also noted the need for the eight-country group to stop terrorism, drug trafficking, and extremism from leaving Afghanistan and seeping into SCO territory.

Putin’s latest comments about the US “escape” are not the first time he has criticized the manner of America’s withdrawal from the troubled country. Earlier this month, the Russian leader told BRICS leaders that NATO created a mess in Afghanistan, while noting that the entire world must clean up that mess.

“I have said many times that the current crisis in Afghanistan is a direct consequence of irresponsible attempts to impose alien values from outside and the desire to build so-called democratic structures by political engineering, which takes into account neither historical nor national characteristics of other nations,” Putin said, accusing the US and its allies of “ignoring the traditions that other countries live by.”

“The authors of these experiments then hastily retreat, leaving their subjects to fend for themselves as well. The whole international community has to deal with the consequences,” he summed up.

The situation in Afghanistan escalated in May 2021, after the start of the withdrawal of US troops, who had been in the country since 2001.

On August 15, less than a month before the end of America’s timeline to leave, the Taliban, a movement designated a terrorist organization in Russia, announced that it had taken control of Afghanistan.