Home / WORLD / America’s battle lines against Russia are being drawn in the icy Arctic. Stuck in the middle, Norway is now NATO’s nuclear shield

America’s battle lines against Russia are being drawn in the icy Arctic. Stuck in the middle, Norway is now NATO’s nuclear shield 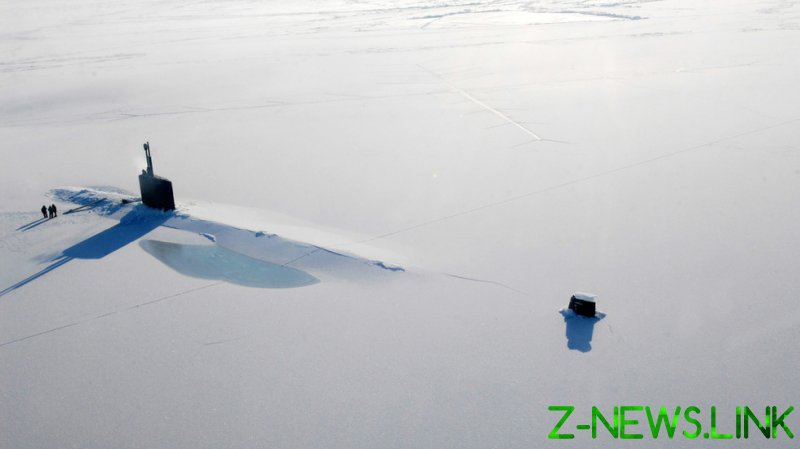 With its long coastline and convenient northern geography, Oslo is becoming vital to NATO’s increasingly confrontational relationship with Moscow. The bloc’s missile defense systems require a base from which to target Russian rockets which, if launched as part of a retaliatory strike against Western Europe, would almost certainly come flying across the frozen Arctic.

For that reason, the country and the waters around it have played host to more and more foreign troops and exercises. On top of that, Washington has said that Norway has a role to play in countering Russia’s oil and gas empire by developing an East-West maritime channel in its share of the Arctic, designed to counter Russia’s North Sea Route.

Turning the Scandinavian country into a battlefront state in the Far North is a major twist in the tale of the Arctic which, until relatively recently, has generally been an area of co-operation, insulated from geopolitical rivalry. It has also been a long process, and flown in the face of Oslo’s earlier intentions to enhance peace and strike a balance between those with a share in the region.

After the Second World War, Norway decided that its national security would be best served by balancing between two positions – being a good ally to the US and being a good neighbour to the Soviet Union. Norway became a NATO member but has a strict military base policy of not stationing any foreign troops on its soil. This was a natural position for a capitalist democracy aligned closely with the West, but sharing a border with the Russians and having its northern territories liberated by the Red Army during the Second World War. Due to Oslo’s more balanced approach, Moscow treated Norway more warmly than the other NATO members in what has been referred to as a “Norwegian discount.”

How Norway got flipped

We have gained more insight into the US approach for dismantling Norway’s good ally/good neighbour policy thanks to leaked cables from WikiLeaks. One month after the collapse of the Soviet Union in January 1992, President Bush Sr advocated for reintroducing strategic missile defence. Norway, much like the major European powers, expressed concerns about disrupting the nuclear balance as strategic missile defence could convert nuclear weapons into an offensive weapon by enabling the US to intercept Russia’s nuclear retaliatory capabilities that would survive a first-strike by the US.

Yet, one by one, the Europeans began to fall in line. The concerns that they had previously expressed was suddenly dismissed as Russian paranoia and disinformation. Cables from the US ambassador in Norway revealed how the US manipulated Norway into abandoning its former expressions of concern by framing it as an issue of alliance solidarity.

Benson Kelley Whitney, then Washington’s top envoy in the country, reported that pesky “Norway remains opposed to US plans for missile defences and was the only NATO ally to publicly express scepticism over these plans during the recent Defence Ministerial in Vilnius.” Any rational arguments against missile defence would be difficult to preserve if the US framed it as a breach of solidarity. Whitney reported that Norway wanted to maintain its objections, but “will have a hard time defending its position if the issue shifts to one of alliance solidarity.”

Ambassador Whitney reported back to Washington about how the US embassy “continues to engage with media, government and think tank researchers” to convince the Norwegians of the need to speak out against Russian claims. The US embassy outlined how it organised to have opinion pieces published in Norway’s largest newspapers and how they “encourage” Norwegian journalists “to present a broader picture of the issue, with equal focus on Russian attempts to undermine alliance solidarity.” The US embassy similarly demanded that the Norwegian government “to at a minimum counter Russian misstatements and distinguish Norway’s position from Russia’s to avoid damaging alliance solidarity.”

The US embassy could report about how Norway was successfully flipped and at most would criticise missile defence in public, while secretly working for missile defence within NATO.

The tendency of elevating alliance solidarity above national security has repeated itself in the US effort to confront Russia’s economic initiatives in the Russian Arctic such as energy extraction and the development of the Northern Sea Route transportation corridor.

Over the past years, the US has sailed its warships through the Barents Sea for the first time since the 1980s, and US military planes have Jan Mayen – a strategic Norwegian island where Russian nuclear submarines can be intercepted. Meanwhile, the Norwegian military is upgrading the radar system with American equipment in its high north, on the border with Russia, which will be vital for a missile defence system to marginalise Russia’s nuclear retaliatory capabilities. In February 2021, the US sent B-1B nuclear bombers to Norway for the first time in history.

A few years ago, Norway gradually began to dismantle its base policy of not allowing foreign troops to be stationed on its soil. The public was “lawyered” as the American soldiers were not there permanently but on a rotational basis, with American soldiers being routinely replaced by other American soldiers. The Norwegian government claimed it was business as usual and nothing that Russia should worry about, but as CNN reported, it was “a move that could send a chill down Russian President Vladimir Putin’s spine.”

Recently, in what resembles salami tactics, another agreement was reached between the US and Norwegian governments by which Washington obtains control over four military bases in Norway. The agreement includes exclusive and unrestrained US access to the bases without Norwegian supervision over the military equipment and people entering and leaving the country. As a further step towards the status of a colony, the US will have jurisdiction over their soldiers should they commit crimes against Norwegians.

As Norway hands sovereignty over its own territory to the US, it also outsources much of its foreign policy. By transitioning from a peaceful buffer to a frontline also suggests there is little that Norway can do to soothe relations as its own national security is now a topic between Washington and Moscow.

George Kennan warned against NATO expansionism in 1998, arguing it would start a new Cold War. Kennan predicted that when Russia inevitably responds to perceived provocation, the supporters of the bloc’s growing frontlines “will say that we always told you that is how the Russians are – but this is just wrong,” he went on. Simply put, NATO’s existence would be legitimised by the tensions and crises caused by its own existence.

In Norway, US military bases will likely cause conflicts with Russia in the high north and, when it happens, the Norwegians who handed over sovereignty to the US will praise themselves for having accommodated American military bases for protection in the first place.