Americans warned of the danger of terrorist attacks in Europe 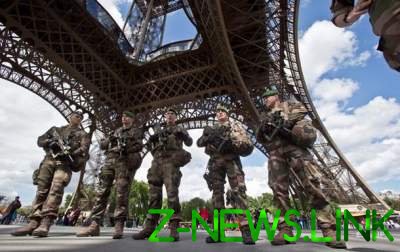 The state Department warned Americans about the threat of terrorist attacks in Europe.

The US state Department warned us citizens about the persistent danger of terrorist attacks throughout Europe.

“The Department of state warns U.S. citizens about the continuing threat of terrorist attacks throughout Europe. This warning expires on 30 November 2017,” – said in a statement.

The state Department notes that “remains concerned about the possibility of terrorist attacks,” and the extremists continue to choose as targets tourist places, transport hubs, markets/shopping centers and local government institutions. Besides hotels, clubs, restaurants, places of pilgrimage, parks, major events, schools, airports, and other goals will remain the preferred places for possible attacks.

“US citizens should exercise vigilance in these areas. We continue to work closely with our European partners and allies in connection with the threat of international terrorism”, – is spoken in the message.

We will remind, the attack on the pedestrian street Las Ramblas in Central Barcelona and attempt of terrorist attack in Barcelona August 17, 16 people were killed and about 100 were injured.