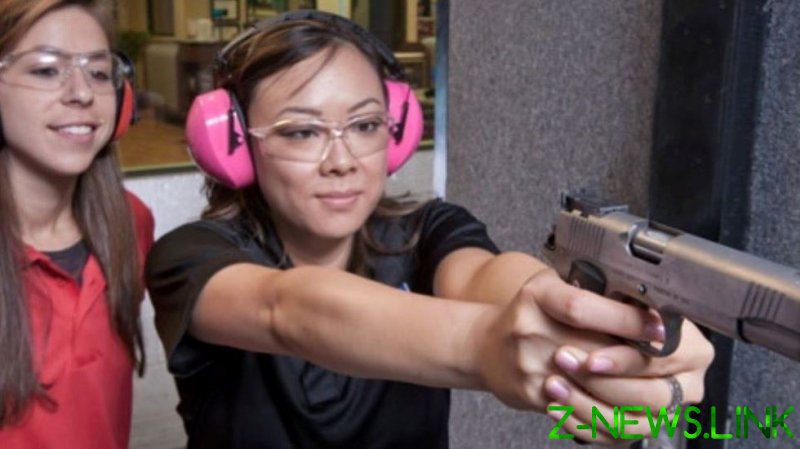 Gun sales in the company’s first fiscal quarter, ended July 31, jumped 141 percent from a year earlier to a record $230 million, Smith & Wesson said late Thursday. The firm also set an all-time quarterly high for guns shipped out, more than doubling to 584,000 units, as production was ramped up and inventories were drained.

“The current increase in consumer demand for firearms is in many ways unparalleled,” chief executive Mark Smith told investors on a conference call. The company also noted that its customer base is widening, citing a National Shooting Sports Foundation (NSSF) estimate that 40-60 percent of the consumers purchasing firearms this year are first-time gun owners, led by increasing numbers of women and blacks.

Smith & Wesson is a benchmark for the gun industry, not only as a sales volume leader but also as an iconic and historic brand popularized by the likes of Dirty Harry, the Clint Eastwood movie character who carried a Model 29 44 Magnum. The company also has been a lightning rod for controversy in the political battle over gun-control laws, and it was sued in June for marketing an assault rifle used in a 2019 shooting at a California synagogue.

Smith said some portion of the sales increase was attributable to election-year politics, as consumers typically buy more firearms when there are expectations of new gun-control laws. But he said demand gains are driven largely by people fearing for their personal safety, as evidenced by about five million first-time gun owners making purchases industry-wide since March.

The FBI has run 25.9 million background checks for gun purchases this year, putting volumes on pace to surpass the record full-year high of 28.4 million, set in 2019, by about the middle of this month. Background checks jumped 67 percent from a year earlier to an all-time high of 3.93 million in June, at the height of the Black Lives Matter and Antifa riots.

“We’re into one of those surges where the industry’s ability to supply is outstripped by the demand,” Smith said.