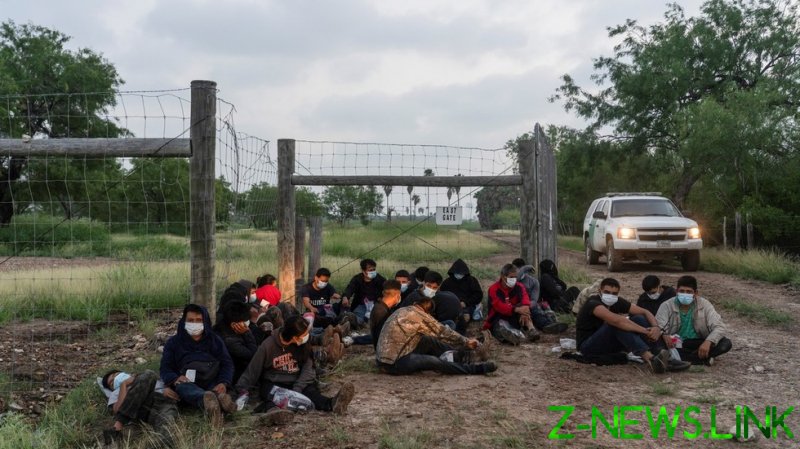 The poll, which was released on Monday, showed that 68% of Americans prefer a “low level” of immigration, compared with 23% who would tolerate a “high level.” In fact, respondents in every political category favored low immigration numbers, including 79% of Republicans, 58% of Democrats, 68% of independents and 58% of immigrants themselves. An additional 9% said they wanted immigration to be stopped entirely.

Drilling down further into the numbers suggests that low-immigration sentiment may be even stronger than the survey responses indicate. The US typically admits about a million immigrants per year, and among those who said they’d tolerate a high level of immigration, 27% would prefer the inflows to be lower than they are currently. An additional 22% said they wanted the total to be kept at a million.

In other words, only 51% of the 23% of Americans who said they favoured high levels of immigration actually wanted the yearly influx to increase, the Cato figures showed. And that’s coming from a research outfit that has advocated for expanded and deregulated immigration.

The institute appeared to try to explain away those results, saying, “The fact that 1 million sounds like a large number may have influenced answers. However, out of 300 million people, 1 million is 0.33.”

Public views on President Joe Biden’s policies suggest that most Americans disagree with Cato’s immigration messaging, however. A Washington Post-ABC News poll released on Sunday showed that just 33% of Americans approve of how Biden has handled the US-Mexico border issue since taking office in January. Even among Democrats, while 94% of respondents said they approved of his overall performance, only 63% gave him a thumbs-up when it came to managing border matters.

A separate poll, conducted by Harvard CAPS/Harris in mid-June, showed that 74% of registered voters consider the surge in illegal border crossings that has taken place since Biden took office to be a “crisis.”

Apprehensions of illegal aliens near the southern US border jumped tenfold from a year earlier to more than 170,000 in April, then topped 180,000 in May.

Texas state police reported an 800% surge in fentanyl seizures in the first four months of 2021, capturing enough of the drug to kill 21 million people, which was one of the reasons Governor Greg Abbott cited last month as the reason he vowed to build a border wall and start making mass arrests of illegal aliens.

Biden has allowed all unaccompanied minors arriving at the border to stay in the country, which has led to a flood of child migrants. His administration’s inability to cope with the influx has resulted in overcrowded detention facilities, where children have gone hungry, slept on concrete floors, and spent days on end without seeing the outdoors.

The president has also taken steps to increase legal immigration, such as announcing plans to increase refugee admissions more than eightfold, to 125,000, from the historically low cap of 15,000 that former president Donald Trump set last year.

Although 58% of Democrats in the Cato survey said they preferred low levels of immigration, many of those same respondents claimed those who wanted inflows to be reduced were motivated by racism. About 70% of Democrats said racist beliefs motivated those who wanted immigration to be reduced. Ironically, more than one in four of those who said they preferred high levels of immigration – who were primarily Democrats – separately said they wanted the yearly totals to be lower than the typical level of around a million.