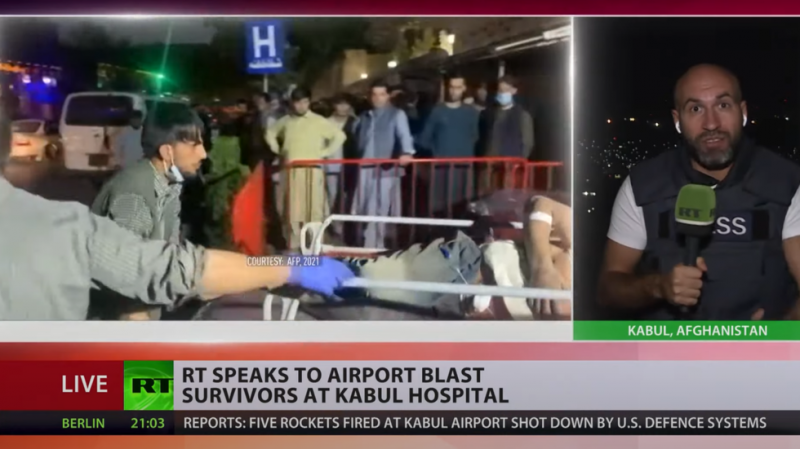 The bomb blast ripped through a crowd of people outside Hamid Karzai International Airport in Kabul on Thursday, killing more than 150 people, including 13 American troops. In the chaos that followed the explosion, early reports from the ground suggested that American forces opened fire – and that some of the rounds struck the panicked crowd of Afghans at the airport gate.

RT reporter Murad Gazdiev heard the gruesome details from eyewitnesses he spoke to in his Monday report. Some said they ran for their lives before seeing where the shots were coming from.

“After the explosion, I ran and many other people also ran. I did not see who was shooting,” one woman who survived the blast told RT. “I ran out into the street and heard both gunfire and the sound of an explosion.” 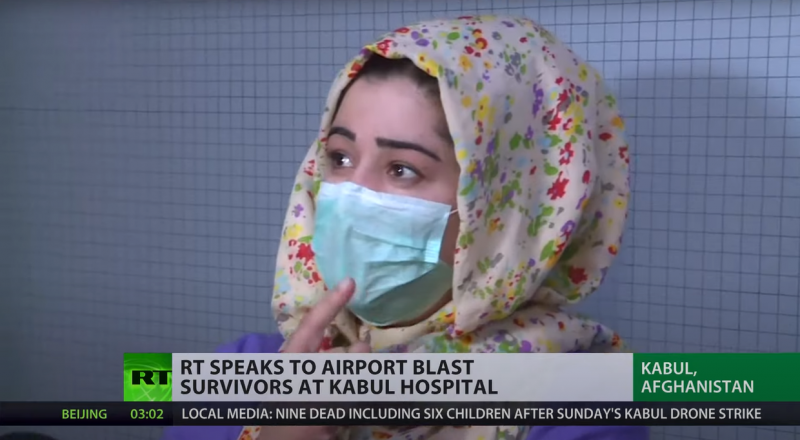 “The Americans opened fire to protect themselves because they feared another explosion,” Rahmana Akbari, whose neck and ear were injured in the blast, told RT. Her brother, Muhammad Jalil, was seriously injured and is now in a Kabul hospital’s ICU.

“I’m not sure if my brother was hit by an American bullet or a fragment from an explosive device,” the woman said. “The Americans were on that side, I myself was in the ditch, just below from where the blast took place.”

One of the patients brought to the local hospital had at least four bullet wounds in addition to multiple shrapnel injuries. The doctors could not save him. 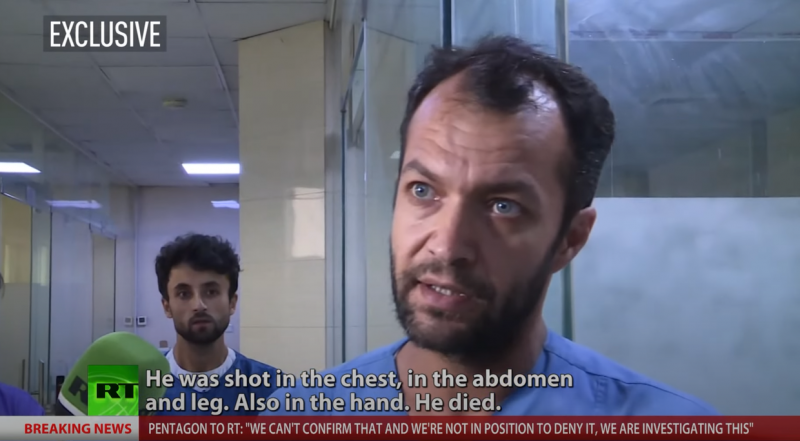 ‘He had many wounds’: A Kabul doctor describes treating patients arriving with both shrapnel and gunshot injuries ©  RT

RT has asked the Pentagon for comment on allegations from “all over Kabul” that US troops shot into the crowd. The US military says it’s still “investigating,” which could take years.

“We can’t confirm that and we’re certainly not in position to deny it either,” Pentagon spokesman John Kirby told reporters on Monday.

ISIS-K, a regional offshoot of the terrorist group Islamic State (IS, formerly ISIS), claimed responsibility for the bombing.

The scenes that played out at the airport on Thursday, coupled with a US response that saw two allegedly high-ranking ISIS-K members killed in one drone strike and an Afghan family and children wiped out in another, made for a bitter denouement to the US’ 20-year war in Afghanistan.

After two weeks of haphazard evacuation, the final US troops and civilian staff reportedly left Kabul just before midnight local time on Monday, with the Taliban back in power and warning of “consequences” should Tuesday’s deadline not be met.

The August 26 bombing claimed the lives of 14 US military members and at least 170 Afghan civilians – with estimates going as high as 200 – while another 200 were injured. Abbey Gate, where the bombing took place, is hemmed in on two sides by concrete walls, a feature that likely amplified the effects of the blast. According to recent reports, troops at the airport had been told to expect an attack.