Home / WORLD / Americans more upbeat about end of Covid-19 than ever, poll finds…but others not so sure

Americans more upbeat about end of Covid-19 than ever, poll finds…but others not so sure 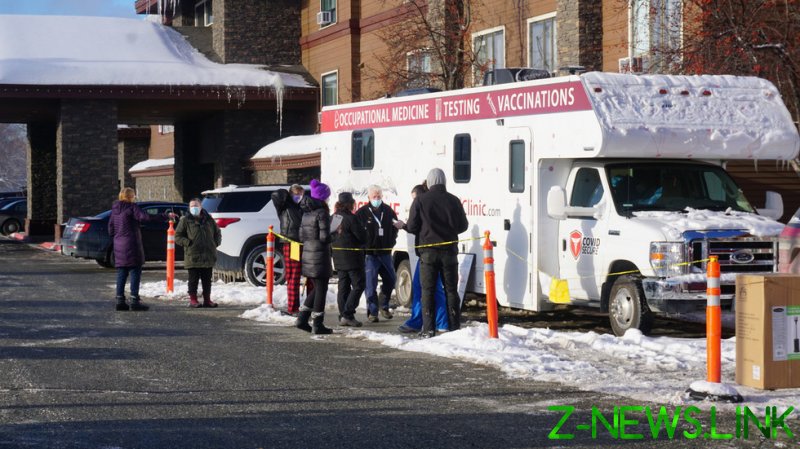 More Americans feel optimistic about the Covid-19 epidemic than at any point since the beginning of the pandemic, a Gallup poll published on Friday has revealed.

With 60 percent of Americans confident the epidemic was on the mend, the March poll was the first time since the pollster began checking for Covid-19 concerns in April that the overall outlook had improved. Faith in being able to get a Covid-19 test had also dramatically improved, with just 22 reporting concern about their ability to get tested for the virus. In April, that number was 60 percent.

Back in April, 56 percent of poll respondents believed the outbreak was getting worse, with just 29 percent reporting improvements – mostly, according to Gallup, due to worries about a lack of availability of PPE and tests. Public perception of the epidemic has fluctuated in line with the number of diagnoses, as well as news about availability of supplies. Additionally, Americans remained largely unconvinced that the Food and Drug Administration’s emergency approval of the Pfizer/BioNtech vaccine would set society on a course back to business as usual, with 53 percent reporting in January and February that things would not go back to normal for at least another six months.

Indeed, the Covid-19 optimism has taken hold with such force that not just Florida but Texas and Mississippi have dropped their mask mandates and gathering restrictions. Iowa followed suit on Friday, though some of its regulations remain in force.

With the weather warming and cabin-fever-afflicted Americans desperate to get outside and enjoy themselves, Florida has been a hot destination in recent weeks, and according to the Daily Beast, bar owners who’ve just spent a long dark winter prohibited from earning any money are allegedly “terrified” at the influx of Spring Break customers they expect to receive.

Despite such isolated cases of panic, however, cases in Florida have dropped steadily, as Governor Ron DeSantis focused on inoculating care home residents. Some 6.8 percent of Florida’s population had been vaccinated as of Wednesday.

President Joe Biden had nothing good to say about the rollback of pandemic regulations, referring to it as “neanderthal thinking.”