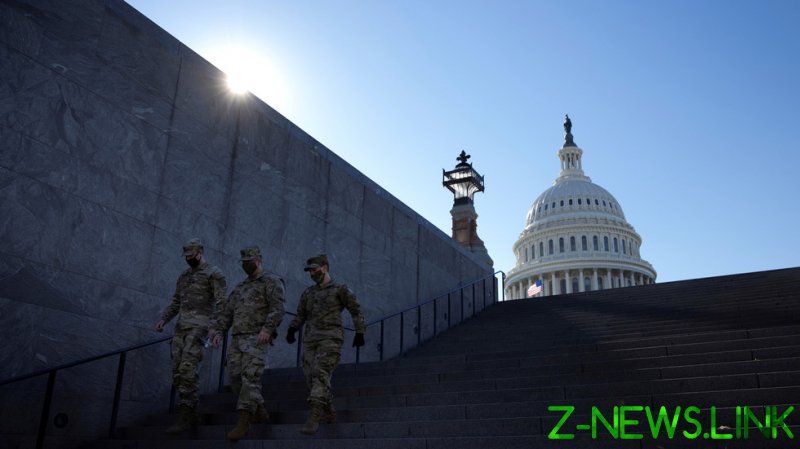 Polling nearly 1,800 people in the last week of February, the Harvard/Harris survey found 55 percent of respondents were “more concerned” with violence in US cities – specifically over the summer of 2020, when many turned to rioting and violence – than with the riot at the US Capitol, while 45 percent were more worried about that specific incident.

The poll also found Americans have more faith that those involved in the Capitol riot will be “prosecuted to the fullest extent of the law” (65 percent) than those involved those who perpetrated “violence in America’s cities” (48 percent).

The US Capitol riot was also referred to by a majority of respondents (54 percent) as an “armed insurrection” rather than a “protest that then turned violent.” Such verbiage has been a point of debate as critics of ex-president Donald Trump unsuccessfully tried to make the case that he “incited” an insurrection with his speech in DC only hours before, when he told supporters to “fight like hell” and continued promoting his belief that the election was rigged in Joe Biden’s favor.

While the House voted to impeach Trump, efforts to confirm the conviction in the Senate failed.

Groups on both the left and the right who are associated with violence were condemned in the poll as well, with the left-wing group Antifa being called a “domestic terror” group by 71 percent of respondents, and the more conservative Proud Boys being labeled as such by 66 percent.

FBI Director Christopher Wray claimed domestic terrorism is a growing threat during a Tuesday hearing in the Senate when talking about the Capitol riot. According to Wray, however, the majority of domestic terrorism is perpetrated by “racially motivated violent extremists.” He also shot down theories previously floated that the events at the Capitol could have been partly carried out by Antifa or fake Trump supporters, saying there is not yet any evidence of such claims.

Over 270 people have been arrested in connection with the events of January 6.