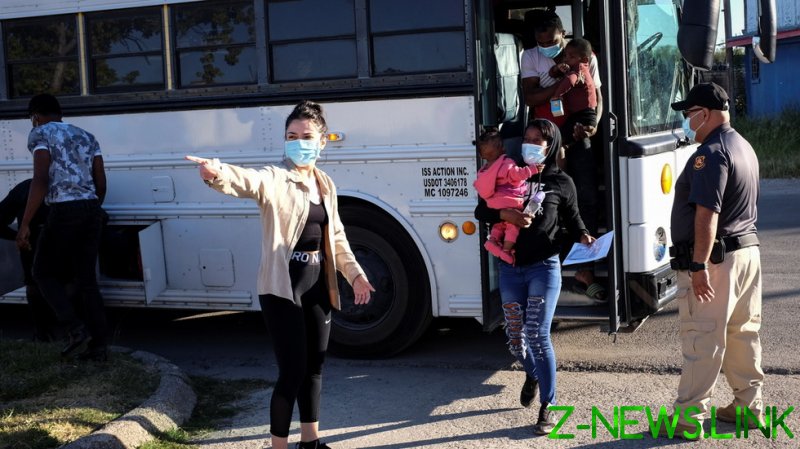 A new Rasmussen poll found that 57% of respondents believe the government should not be paying settlements to thousands of suing migrant families. Last week, The Washington Post reported that the DOJ was considering payments of $450,000 to each member of families separated at the border.

Thousands of migrants have filed lawsuits against the Department of Justice over former President Donald Trump’s ‘zero-tolerance’ policy which saw some families separated at the border.

While Biden dismissed the initial report on the potential payments as “garbage,” he has since said migrant families “deserve some kind of compensation.” He also clarified that his “garbage” comment was specifically in reference to the figure of  $450,000.

Over 60% of those surveyed by Rasmussen said they did not believe the migrant families should even have the right to sue. Only 17% believe it is their right to sue the US government.

The idea of smaller payments ranging between $50,000 and $100,000 managed to get some support, but not much. Only 14% said they agreed with payments in that range. Even among Democrats there was little support for high payments, with only 11% agreeing that payments over $200,000 would be appropriate.

A Trafalgar Group survey also released on Monday saw similar results, with 67% of respondents disagreeing or strongly disagreeing with $450,000 settlements for “psychological trauma” of Trump-era policies.

A majority in that poll also recommended actually closing the US’ southern border until a new immigration plan can be put in place. The border has seen record numbers of migrants swarming it since Biden took office in January.

The potential payouts to migrant families have faced major scrutiny since first reported, especially from Republican lawmakers. The White House has insisted that despite the massive figures being floated, the plan could “save” taxpayer money, presumably referring to the fact that settlements would stop the lawsuits from making any more progress and earning bigger payments.