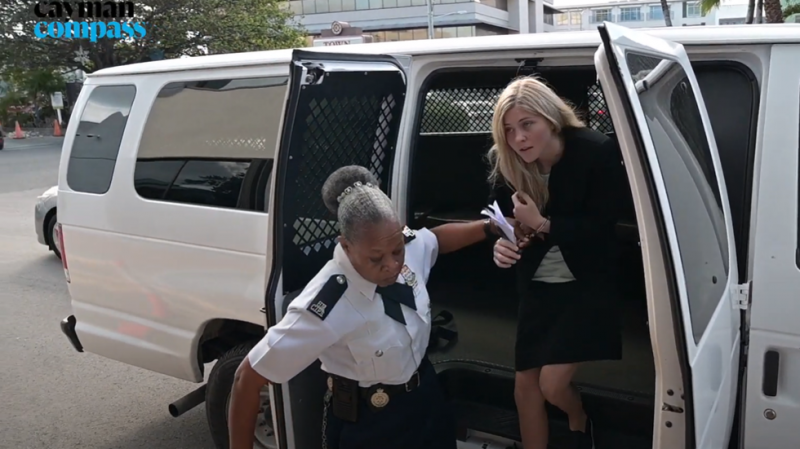 “Whilst it was our hope that Skylar would be able to return home to resume her studies in January, we accept the decision of the court and look forward to receiving its written reasons in due course,” he said.

The two were initially taken into custody in November and later sentenced to four months behind bars for running afoul of the islands’ coronavirus restrictions, but an appeals court ruled the punishments were “not appropriate” given the nature of the case.

After flying to Grand Cayman last month, Mack was ordered to self-isolate for 14 days and given an electronic wristband to track her movements, also signing a document agreeing to remain inside her accommodations unless granted permission to leave. Two days later, however, Mack was spotted at a jet ski competition with Ramgeet, who lives on the islands, and apparently without her wristband. The pair was then reported to the police, brought to a mandatory quarantine center and charged for breaching the Covid-19 measures.

Mack and Ramgeet were originally fined $2,600 and given 40 hours of community service each, but prosecutors appealed, convincing the court the punishments were too lenient and to resentence the couple to four months in jail. In his new ruling, Judge Roger Chapple blasted the pair for a “flagrant breach… borne of selfishness and arrogance.”

This was entirely deliberate and planned, as evidenced by [Mack’s] desire to switch her wristband the day before to a looser one that she was then able to remove.

While it remains unclear exactly what swayed the appeals court to reverse the ruling yet again, Mack’s family has reportedly called on the US government to intervene in the case, arguing the 18-year-old had been treated unjustly by local authorities.