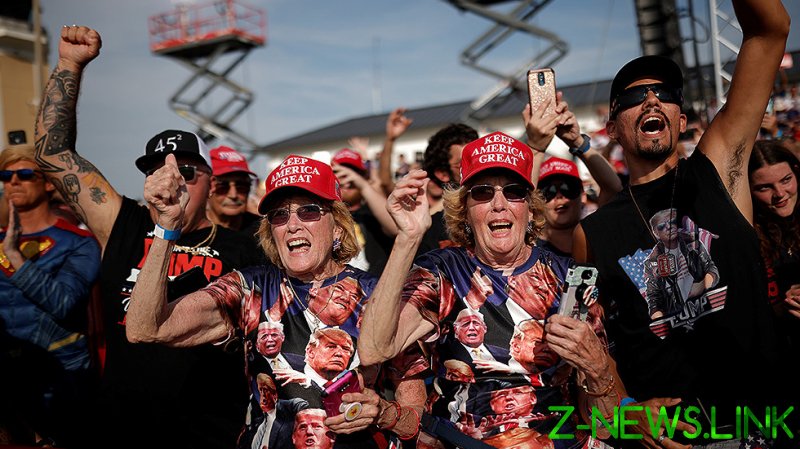 “The most popular comment I receive from Americans on my personal social media accounts is how to get Russian citizenship,” she explained on TV channel Russia-1.

Following the storming of the US Capitol Building on January 6, Trump and some of his most ardent supporters were banned from Twitter and other social media. Apple also temporarily removed microblogging site Parler from its App Store, a network popular with far-right Americans. Following the restrictions, some right-wing Americans have expressed concern that they are going to be oppressed due to their views.

“We wouldn’t care about this situation, but it is combined with them being a nuclear power with the largest military budget and the same country that endlessly implements illegal sanctions against our country,” she noted. “All of this is against the background of a deep crisis that affects every American. It’s disturbing.”

Zakharova has previously branded the US election system as “archaic,” claiming that it “creates opportunities for numerous violations.”

The US presidential election took place on November 3 and was won by former vice president Joe Biden. Despite trailing far behind in the popular vote and Electoral College support, Trump has refused to concede, and has sought to overturn the election in court. His attempts have been rejected.

On January 6, disgruntled Trump supporters stormed the Capitol Building in Washington in an effort to prevent Congress from confirming the result of the election. The violent insurrection caused five deaths, including one police officer, and led to various members of the Trump administration turning against him.