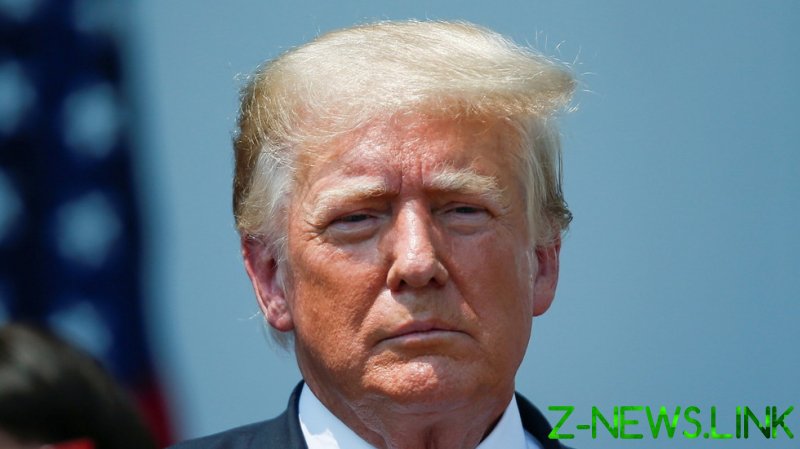 Speaking to Sean Hannity’s show on Fox News on Wednesday, the Republican firebrand slammed President Joe Biden’s decision to pull all US forces out of the troubled Central Asian nation, describing the ensuing scenes of chaos in Kabul as one of America’s “most humiliating” moments.

Tens of thousands of US citizens and Afghans who helped coalition forces could now, Trump claimed, be effectively held hostage by the Taliban. Worse still, sensitive military technologies left behind during the evacuation could quickly fall into the wrong hands, he alleged. Under his alternative plan to wind down America’s presence in Afghanistan, Trump said, “the people come out first, and then I was going to take all of the military equipment.”

According to the former president, “we have billions and billions of dollars worth of new Black Hawk helicopters, brand new, that Russia now will be examining and so will China and everyone else to figure – because it’s the greatest in the world. We have brand new army tanks and all sorts of equipment, missiles, we have everything. I was going to take it out because I knew [the Afghan army] weren’t going to fight.”

The Islamist militant group that has now assumed de facto control over the country is understood to have captured hundreds of pieces of military hardware including guns, vehicles and heavy artillery. In a video released earlier this week, Taliban fighters could be seen showing off the advanced US-made Black Hawk choppers left on a runway at Kandahar airport as the Afghan army beat a hasty retreat from the region. Two Russian-made military helicopters could also be seen in the clip, albeit missing their blades and in a state of disrepair.

Another video that emerged from the troubled nation captured insurgents flying through the skies in a Russian-made MI-17 helicopter, understood to have been previously operated by the Afghan armed forces before being abandoned. A number of American-trained pilots who previously served the government in Kabul are said to have defected to the Taliban in recent weeks. The Moscow-made equipment is said to be the preferred choice of the militants, given the Black Hawks will need to be serviced frequently and there is no access to American-made replacement parts.

While the Taliban is a prohibited terrorist organization banned in Russia, Moscow hosted a delegation of its political representatives and has opened bilateral ties with the group in recent weeks. As the movement prepared to assume control of Kabul on Sunday, Zamir Kabulov, President Vladimir Putin’s envoy for Afghanistan, said he was positive about the prospects of maintaining relations.

“If we compare how easy it is to negotiate as colleagues and partners, then the Taliban have seemed to me for a long time much more prepared for negotiations than the [American-backed] puppet Kabul government were,” he said. However, Moscow is reportedly in “no hurry” to recognize the group as the legitimate authority in Afghanistan, with Kabulov saying that “we will see how the new regime behaves” before making any decisions.