Home / WORLD / American media once again “up in arms” against trump

American media once again “up in arms” against trump 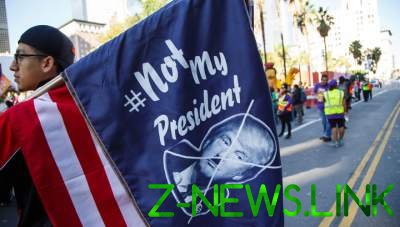 Campaign, The Globe began after the President criticized the press, which he often calls “enemy people”.

On Thursday, more than 100 periodicals from different regions of the United States, at the initiative of The Boston Globe, the plan to publish editorials, the purpose of which is opposition to constant criticism of the US President Donald trump against the media.
It is reported by CNN.

See also:  American said on the abduction of children by aliens

“More than 100 editions have already agreed to participate in the rally,” said Marjorie Pritchard, Deputy editor, The Globe. “The report was powerful, we have attracted several major Newspapers, but most of the smaller markets, which were dedicated to resisting the attacks trump at journalists,” she added.

Efforts helped to coordinate influential organization that unites journalists, such as the American society of news editors and Association of Newspapers and the press of New England. Each of these Newspapers come out with their own editorial article and not publish a joint statement.

See also:  Tsygankov will not help Ukraine in the match against Kosovo

“Fake news hate it when I call them enemies of the people, only because I know that it’s true,” trump wrote on Twitter last week.